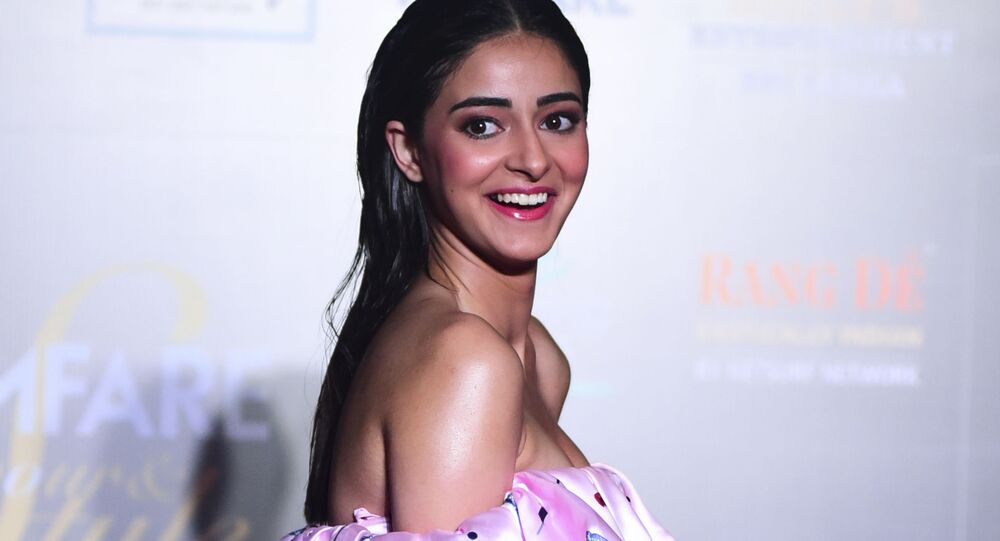 New Delhi (Sputnik): A bunch of young boys from the national capital Delhi were recently exposed for exchanging inappropriate messages about underage girls on an Instagram group. While the incident evoked a strong backlash from social media users, it also raised concerns about the safety of minors on the internet.

Emerging Bollywood actress Ananya Pandey has come together with James McVey, lead guitarist of the renowned British Band "The Vamps", for a live session dedicated to raising awareness about cyber bullying. The session is scheduled for 8 May at 7:00 p.m. IST.

"The Vamps" guitarist is known for undertaking social media activities to spread positivity. The Bollywood youth icon herself launched an earlier campaign called the "So Positive Initiative" against cyber bullying.

The two stars are now going to come together shattering geographical and language barriers to mark the first-of-its-kind international venture.

Sharing her views on the same, 21-year-old Ananya told media, "social media bullying is an evil that people face every day on the numerous platforms that they use in their daily lives. I’m glad that James McVey and I will be fighting this evil together in our own small way".

Similarly, songwriter and guitarist McVey shared that he himself has been a victim of social media bullying and it made him feel isolated and lonely.

"I’m looking forward to speaking with Ananya on ‘So Positive’ to learn more about her experiences. Millions of others are going through the same traumatic experience and I believe together we further the conversation and join the fight to end bullying", the 26-year-old guitarist said.