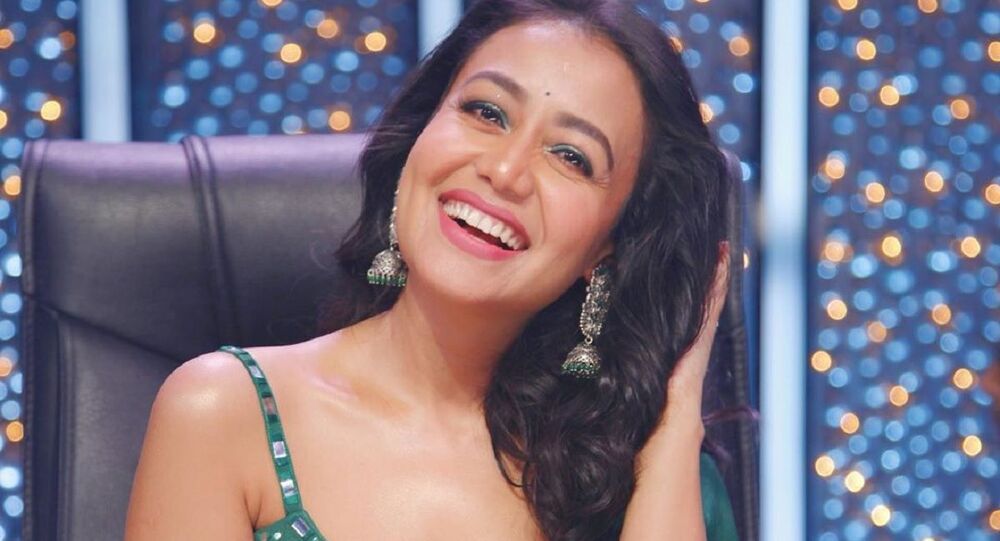 New Delhi (Sputnik): Having a phenomenal fan base of 36.5 million on Instagram, Bollywood's most glamorous singer Neha Kakkar reigned over the charts with her young and signature husky voice. She made her mark with hit songs like "Manali Trance", "Kaala Chashma", "London Thumakda" and more recent ones like "Dilbar" and "The Hook Up Song".

Bollywood singing sensation Neha Kakkar, who has some weird crying memes to her name, has asked fans to stop wallowing in sadness over ex-boyfriends and move on.

Apart from chart-busting songs, Neha became infamous for crying at the drop of a hat when she was a celebrity judge on the talent show Indian Idol and after her ugly breakup with Himansh Kohli.

The much-publicised breakup was the reason for her being trolled on social media with crying memes.

However, she has now thrown down a "Move on Challenge" on social media, asking women to stop crying over their former boyfriends and move on. In the video, the singer is seen turning into a glamorous diva in a snap after sobbing over a breakup.

Post-breakup and her trolling on social media, she told the press that she is a very emotional person and proud of it.
"I've seen a lot of memes... People have put my pictures and screenshots where I am crying. So there are people who make memes... They need some data because I am visible everywhere... I do everything openly. I cry openly, I laugh openly... I am very emotional and I am very proud of it", Neha said.
...
Reddit
Google+
Blogger
Pinterest
StumbleUpon
Telegram
WhatsApp
02