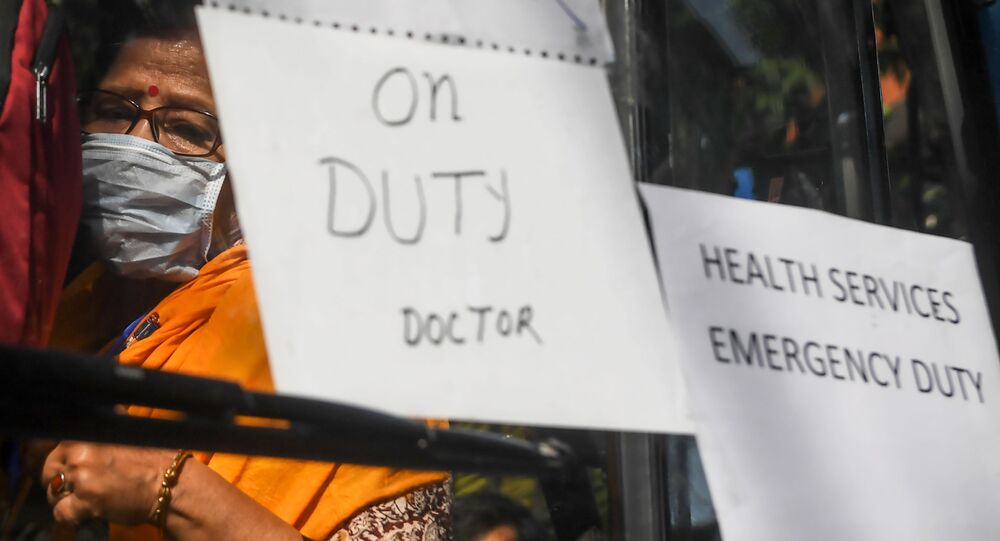 New Delhi (Sputnik): India has been tracking the participants of a religious gathering in Delhi that later turned out to be a hotspot for COVID-19. The federal Health Ministry has said that as many as 647 positive cases of COVID-19 found in 14 states were linked to the annual congregation of Tablighi Jamaat, an Islamic missionary movement.

After several teams of healthcare workers were attacked or abused by members of the Tablighi Jamat, who tested positive for COVID-19 and were taken to hospitals, Indian opposition Congress politician Priyanka Gandhi Vadra has come forward to defend those on the frontline in the fight against COVID-19.

Priyanka, who is daughter of Congress President Sonia Gandhi, has appealed to view the fight against COVID-19 as a collective responsibility, saying it was the country's duty to take care of those working day and night for the safety of the public.

Taking to Twitter, she posted a message in Hindi that translates as: "Our doctors, nursing staff, technicians, and sanitation staff are warriors in the fight against corona. They are working by putting their lives at stake. We need to help them and it is our responsibility [to ensure] that they and their families are protected and are supported in every aspect".

Gandhi's message comes at a time when several medical professionals were attacked and even pelted with stones while trying to examine people suspected of having the infection.

In another tweet, Priyanka admired the efforts of an 11-year-old girl Ananya Patel from the city of Varanasi in Uttar Pradesh who has made masks for the poor to protect them from COVID-19.

​The little girl took to sewing for the first time in her life to try to make masks. After initially failing in her attempts, she is now dedicatedly preparing masks at her home.

According to India’s federal Health and Family Welfare Ministry, there were 3,374 active cases with 77 deaths and 266 recoveries in the country as of Sunday morning.