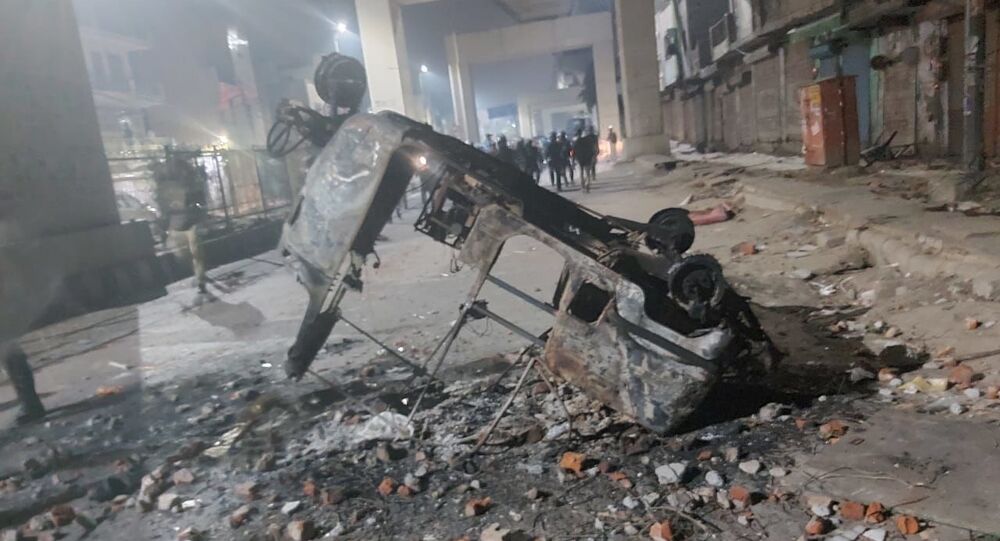 New Delhi (Sputnik): Delhi is witnessing one of its worst clashes in recent times, as two communities have been throwing stones and petrol bombs at each other since Monday. Despite imposing harsh measures, the rioting has not stopped, resulting in overnight clashes in different parts of the city.

A police officer and five civilians were killed, with 70 injured as thousands of demonstrators for and against the newly-amended citizenship law clashed in New Delhi on Monday. The rioting took place a few kilometres from where US President Donald Trump will hold talks with Indian Prime Minister Narendra Modi on Tuesday.

According to official reports, police officer Ratan Lal, and civilians Mohammed Furqan, Mohammed Shahid, Rahul and Vinod were killed in clashes in the north-east section of Delhi. Records show that at least 45 people were admitted in Guru Teg Bahadur Hospital, while 15 others have been hospitalised in Jag Parvesh Hospital in Delhi. Six police officers were hospitalised in serious condition in Max Hospital.

​Despite enforcing the ban on large gatherings, people continue to take top the streets in sensitive areas like Gokulpuri Bhajanpura, Maujpur, and Jaffrabad. Vehicles, shops and buildings were set ablaze in the region overnight.

Demonstrators have been holding major protests in Delhi since December 2019, after the Modi government amended the country’s six-decade-old citizenship law.

Muslims have accused the government of undermining secular traditions, and asked that the law be once again amended to include Muslim eligibility for citizenship.