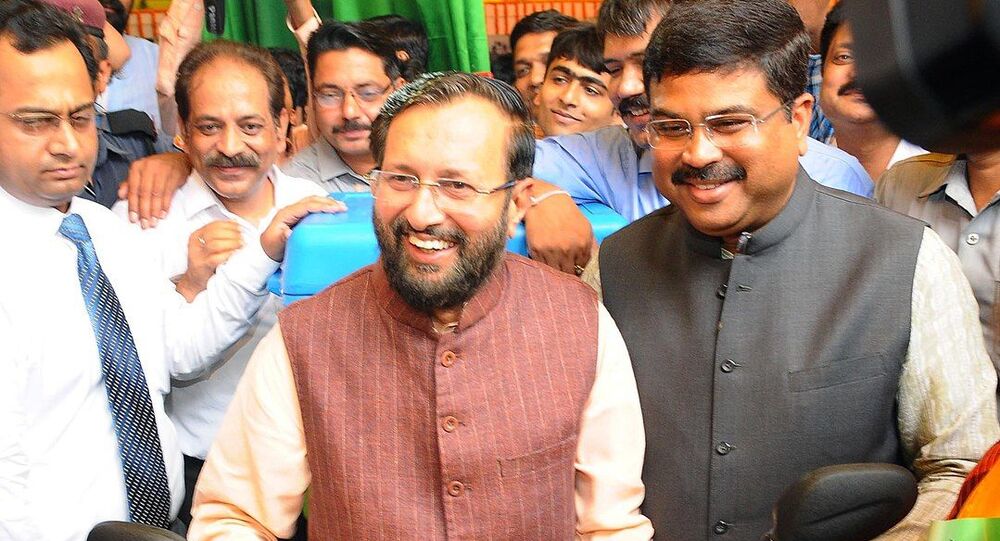 New Delhi (Sputnik): India has been put on the priority watch list in US Intellectual Property documents under a law called Special 301 that is prepared annually to identify trade barriers to United States companies and products due to intellectual property laws, such as copyright, patents, and trademarks in other countries.

The Indian cabinet on Wednesday approved a plan to sign a pact with the US on intellectual property rights.

Indian Information and Broadcasting Minister Prakash Javadekar has revealed the approval of a memorandum of understanding (MoU) with the US that was secured at a cabinet meeting presided over by Prime Minister Narendra Modi.

The decision comes ahead of US President Donald Trump’s visit to India on 24 and 25 February.

The matter of intellectual property rights has been a bone of contention between the two countries for some time, as it often leads to issues in trade and is of the utmost importance to US lobby groups.

India has been continuously listed under the Priority Watch List of US Intellectual Property documents that is prepared under the infamous law Special 301.

The Special 301 of the US reflects the outcome of a congressionally-mandated annual review of the global state of intellectual property rights (IPR) protection and enforcement.

The review reflects the administration's resolve to encourage and maintain enabling environments for innovation, including effective IPR protection and enforcement, in markets worldwide, which benefit not only US exporters but domestic IP-intensive industries in those markets as well, as per the website of United States Trade Representative.

India is on the list along with China and 10 other countries.

According to the US, countries on the list will be the subject of particularly intense bilateral engagements.

India has been trying to make progress by complying with its obligations as part of the World Trade Organisation’s Agreement on Trade-Related Aspects of Intellectual Property Rights.