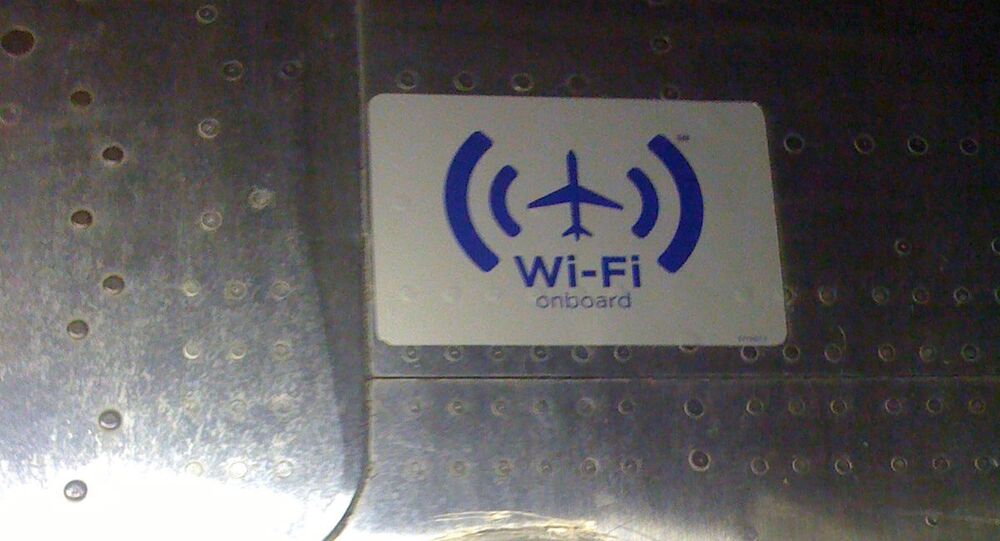 New Delhi (Sputnik): India had prohibited inflight data services over its airspace. But in December 2018, the federal telecom department modified the rules, allowing airlines and ships in Indian territorial waters to allow these services, a proposal the civil aviation ministry has been pushing since 2016.

Private carrier Vistara will most likely be the first airline to introduce inflight Wi-Fi for passengers over Indian airspace, marking the debut of Wi-Fi services for airlines in the country.

A joint venture between Tata Group and Singapore Airlines, Vistara will launch these services soon and begin by offering only inflight data services. Meanwhile, the task of deciding the cost has been left to the airline.

Until 2018, when the federal Department of Telecom cleared the proposal to allow inflight Wi-Fi services, India was among the countries that prohibited flight data in its airspace. Foreign airlines were required to turn off data services while flying over Indian airspace. After the proposal was approved, international and domestic airlines were allowed to offer these services within Indian airspace, above an altitude of 3,000 metres.