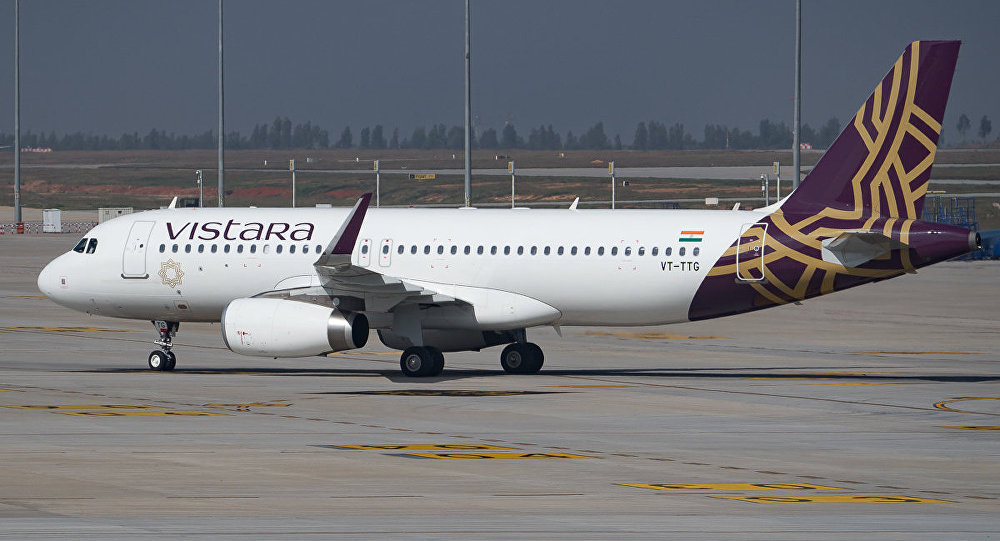 New Delhi (Sputnik): The aviation sector in India contributes $72 billion to its Gross Domestic Product. The country has 464 airports, of which 125 are owned by the government. According to Indian Commerce Ministry statistics, Foreign Direct Investment in India’s aviation sector reached $1.8 billion between April 2000 and December 2018.

India’s full-service carrier Vistara on Monday signed a codeshare pact with the German aviation major, Lufthansa. It is set to strengthen Vistara’s existing partnership with the German airline.
Ticket sales for Vistara, under the codeshare agreement, begin on Monday, on all channels and major global distribution systems (GDS) for flights starting 16 December 2019.
As per the agreement, Lufthansa will add its ‘LH’ code to about 18 Vistara flights operated daily.
Vistara covers 10 Indian cities - Delhi, Ahmedabad, Bengaluru, Chennai, Goa, Hyderabad, Kolkata, Kochi, Mumbai, and Pune.
The carrier says the agreement is in line with its goal to offer an extended international network to its customers through strategic associations. “Our codeshare with Lufthansa is another important step in this direction and helps us widen our customer base outside India,” said Vistara’s chief strategy officer Vinod Kannan.
“By teaming up with Vistara, we will strengthen and expand our position as the leading and most popular European airline in India – a country set to become the third-largest aviation market in just a few years,” said George Ettiyil, Senior Director (sales), South Asia, Lufthansa.
Codesharing allows an airline to book passengers on its partner carriers, providing seamless travel to destinations where an airline has no presence.
Vistara, a joint venture between India’s Tata Sons Limited and Singapore Airlines Limited (SIA), operates over 200 flights a day. Its fleet consists of 27 Airbus A320, and 9 Boeing 737-800NG aircraft, connecting 34 destinations. The airline has transported over 19 million customers since the beginning of its operations in January 2015.