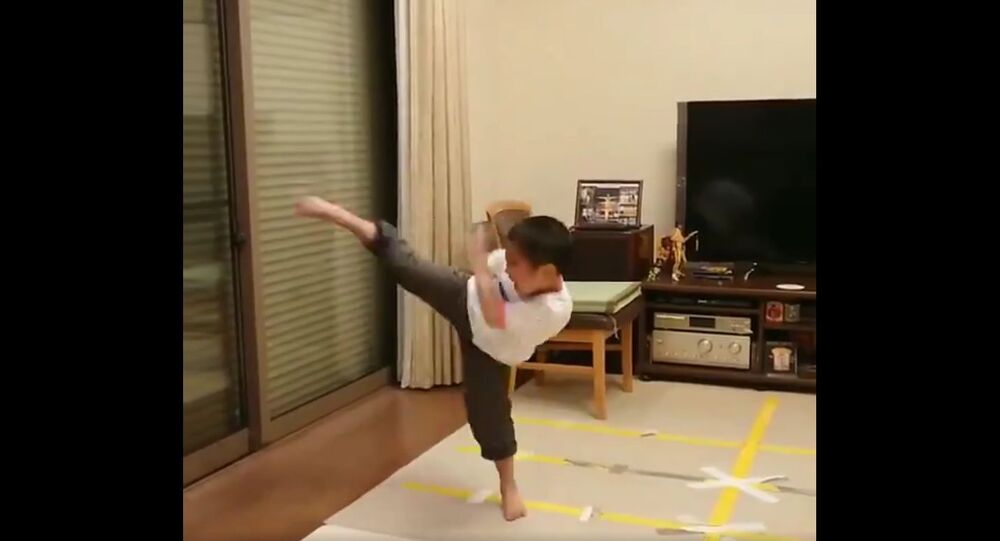 New Delhi (Sputnik): The novel coronavirus that originated in China in December 2019 is rapidly spreading around the world. As of now, 43,105 cases of the virus have been confirmed globally, and 1,018 deaths have been recorded.

In an attempt to add a twist of humour to an otherwise sensitive global situation, several netizens have been sharing pictures, videos, and jokes on Instagram that have been called out for reeking of racism.

For instance, Indian industrialist Harsh Goenka, who is quite active on Twitter shared a 25-second video of an Asian kid, practicing martial arts on Tuesday.

​The current chairman of the RPG Group conglomerate, Goenka captioned the video, “This is how he says he’ll fight the #coronavirus".

The video shared by Goenka is source-based, hence it does not authenticate whether the child shown in the clip is actually from China or not.

Soon, the clip began drawing public responses which specifically highlighted the racial differences between Asians and other nationalities – which could be misinterpreted as racist comments.

​Recently, Bollywood Arshad Warsi, who has been applauded for his epic comic timing got into troll trouble after he shared a still from one of his movies on Twitter – which was called out for its racist element.

​Arshad was subjected to brutal trolling on social networking platforms.

​So far, India has confirmed three cases of coronavirus from the state of Kerala and is in 17th position on the list of countries that are vulnerable to the virus.