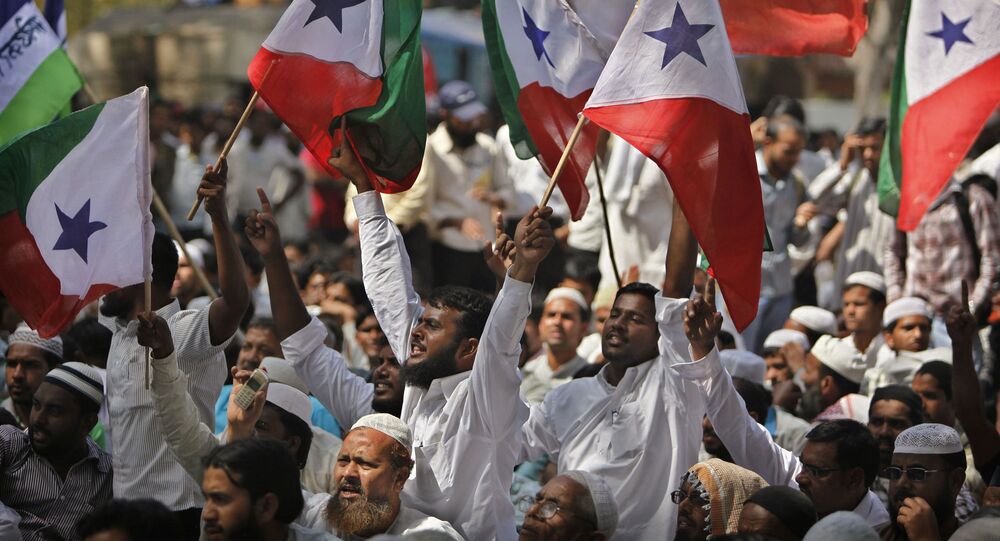 New Delhi (Sputnik): India’s federal Home Ministry has gathered information that an Islamic outfit instigated mass protests and violence against an amended citizenship law, after it was enacted in December 2019. India’s economic intelligence agency has also unearthed dozens of bank accounts believed to be used to fund these demonstrations.

PFI is planning to launch a door-to-door campaign against CAA, NPR, and the suggested National Register of Citizens, sources tell Sputnik.

During these campaigns, the PFI planned to convince people not to show any documents or "Kaagaz Nahi Dikhayenge" to prove their citizenship.

The role of the PFI came to light during violent protests in northern Uttar Pradesh in December 2019. At least eighteen people lost their lives and scores were wounded in clashes, while police in the state arrested over 100 members of the organisation.

The federal law CAA, seeks to grant citizenship rights to illegal immigrants from several religious minorities from three neighbouring Islamic countries – Afghanistan, Bangladesh, and Pakistan who arrived in India before 2015.

The law, however, left out Muslims, which led to protests across India by several opposition parties, civil rights groups, and university students, in which 25 people lost their lives, most of them in Uttar Pradesh. They allege that the law is discriminatory on religious grounds and against the provisions of the Constitution.

The NPR is a census operation, carried out every 10 years, while the NRC is an exercise to identify bonafide citizens and illegal immigrants.

An exercise to identify illegal immigrants in the northeastern state of Assam found over 1.9 million immigrants from Bangladesh. But the exercise came under scrutiny and even the state government of Assam, governed by Bharatiya Janata Party (BJP) had rejected it.