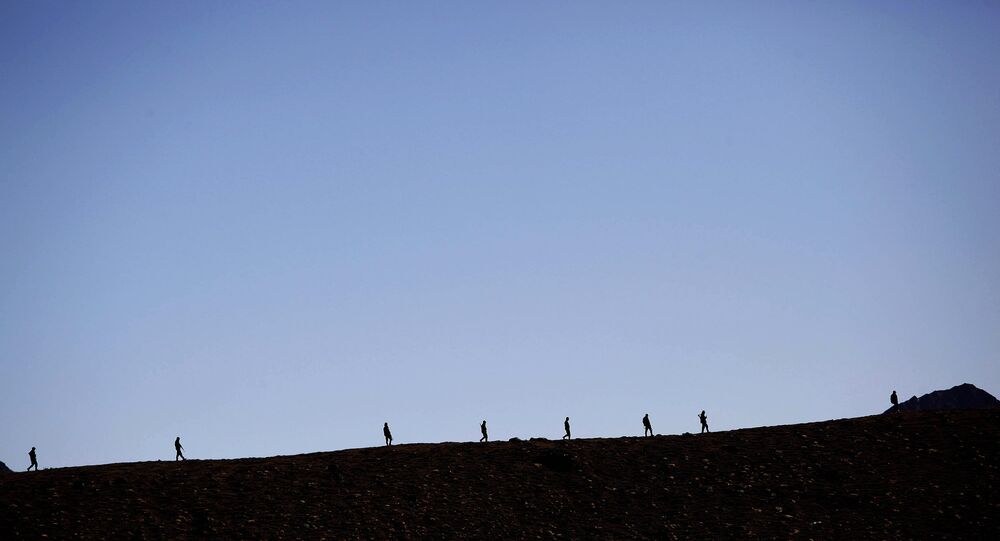 New Delhi (Sputnik): Assam, one of seven northeastern states in India, has long remained one of the most volatile and sensitive regions in the country because of factors like insurgency, ethnic conflict, migratory pressure, and underdevelopment. The tribal-dominant Bodos started an armed struggle for a separate state in the mid-1980s.

Indian Army personnel have eliminated Jewel Narzary, a militant affiliated with the rebel National Democratic Front of Bodoland-Saoraigwra (NDFB-S), considered a terrorist organisation by the government of India.

The encounter between army personnel and Narzary took place in the Kokrajhar district of Assam on 15 January, news agency ANI reported on Thursday.

Assam: A National Democratic Front of Bodoland-Saoraigwra (NDFB-S) terrorist, Jewel Narzary was killed in an encounter with the army in Kokrajhar, yesterday. One pistol, two magazines, & ammunition recovered from the site of encounter. pic.twitter.com/6RHpBv3yAx

​A pistol, two magazines, and assorted ammunition were recovered from the scene, the agency quoted army sources as saying.

Designated as a terrorist organisation by India’s federal government, the NDFB traces its origins to the militant Bodo Security Force formed in 1986. The Bodo Security Force adopted the nomenclature of National Democratic Front of Bodoland in 1994 after it rejected the Bodo Accord inked between the government and the All Bodo Students Union (ABSU)-Bodo People's Action Committee (BPAC).

Since then, the insurgent group has split into several factions following differences between the leaders of the rebel movement.

Apart from seeking a separate state of Bodoland carved out of Assam, groups like the Democratic Front of Bodoland-Saoraigwra have in the past carried out several attacks on non-Bodo civilians and security forces. They have primarily targeted tribal communities in the region.

These tribes were brought to Assam to work as labourers on tea estates when India was under British colonial rule.