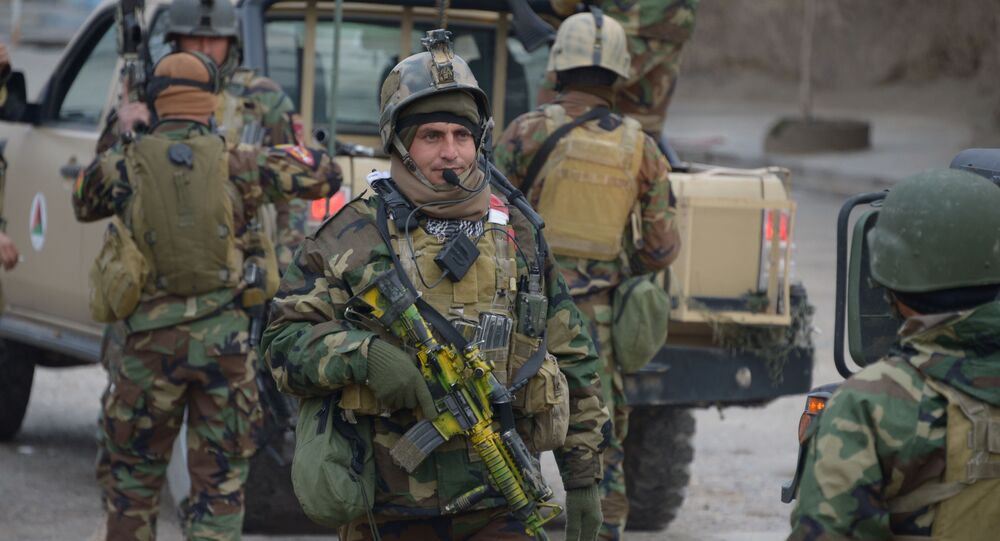 The joint operation against Arakan Army insurgent camps in Myanmar’s Kachin area was mainly aimed at protecting the vital Kaladan Multi-Modal Transit Transport Project that aims to connect India’s northeast to East Asia through a deepwater port at Sittwe, the capital of Myanmar’s restive Rakhine state.

New Delhi (Sputnik) — In a two-week-long pre-emptive joint operation with Myanmar's military, the Indian Army has destroyed dozens of insurgent camps located inside Myanmar in what it described as a mission to protect a vital infrastructure project meant to connect East Asia through Myanmar, reports The Assam Tribune.

It is believed that Indian Army personnel did not cross into the territory of Myanmar, but provided all support, including surveillance, to the Myanmar military for the operation, which was completed on 2 March; on that date most of the Arakan Army insurgents were wiped out.

Sputnik reported the movement of additional Indian forces towards the border with Myanmar on 18 February, a day after the two-week joint operation started.

© AP Photo / Abhisek Saha
Bangladesh Seeks India's Help in Convincing Myanmar to Take Back Rohingyas
The joint action was prompted by intelligence inputs about a large number of Myanmar's Arakan Army (AA) militia being trained by another strong outfit, the Kachin Independent Army (KIA) in the Kachin area bordering Yunan province of China, according to the Assam Tribune. The intelligence agencies pointed out that some members of the AA were moving towards south Myanmar despite their bases being mostly located at the North of the country.

"Arakan Army has managed to set up at least 10 camps across the international border with India in Rakhine state of Myanmar post-2017. Most of the camps were located across border pillars 1 to 9 along the Mizoram-Myanmar border. Intelligence inputs also indicated that some members of the Arakan Army were also planning to sneak into India," added the report citing defence sources.

© AP Photo / Rafiq Maqbool
India to Take Over Sittwe Port Operations in Myanmar
Amid a series of meetings between the armed forces of the two countries to chalk out a plan and launch a coordinated operation, Sputnik earlier reported that at least two additional Indian Army units were deployed to the Indo-Myanmar border in southern Mizoram's Lawngtlai district to aid the Myanmar Army, which had already started operations against the AA.

Assam Tribune reported that the Indian construction workers engaged in the implementation of the Kaladan Multi-Modal Transit Transport Project were feeling threatened by the possibility of the AA insurgents posing a serious threat to the project.

Kaladan Multi-Modal Transit Transport Project aims to establish a multi-modal sea, river and road transport corridor for the shipment of cargo from the eastern ports of India to Myanmar through Sittwe Port and vice-versa. The project would encourage investment and trade and also open alternate routes for connectivity to India's north-east region. India is all set to take over the operations of Myanmar's Sittwe Port, which is part of Kaladan project, later this year.