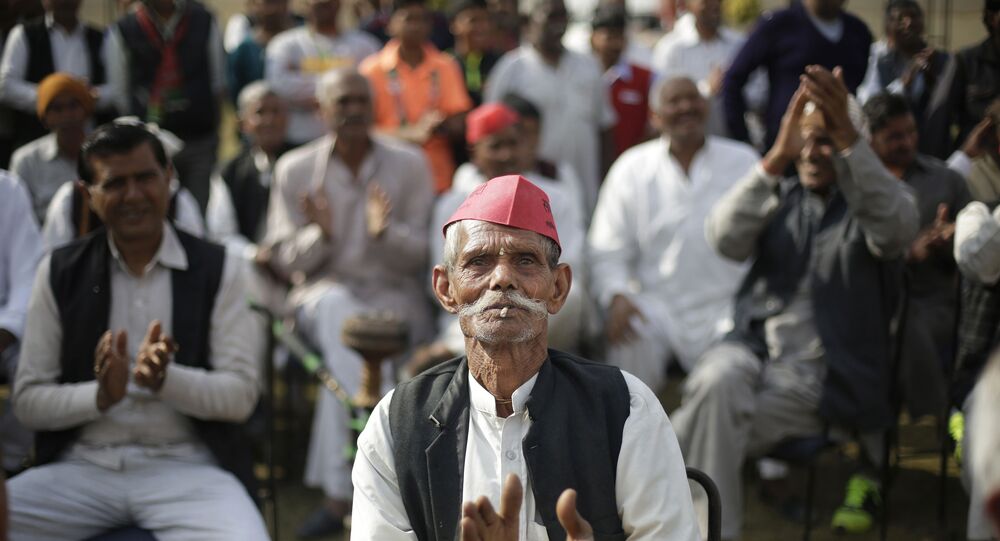 New Delhi (Sputnik): India launched its first affirmative action programme in 1950 to provide equal opportunities in legislatures, government employment, and education to socially oppressed and neglected sections of the caste society in the country.

The "untouchable" employees of universities and colleges in the northern Indian state of Uttarakhand have warned the government that if they are not provided with direct recruitment slots, they will consider converting to some other religion.

The scheduled caste/scheduled tribe (SC/ST) or Dalit employees, who were called untouchables as per the traditional caste system of India, turned out in a massive rally on Friday in Dehradun, the capital of the northern Himalayan state of Uttarakhand, demanding the implementation of the old reservation roster for direct recruitment.

The protesters, under the banner of the SC ST Employees Federation, said the earlier roster system considered an institution as a single unit for giving reservation to SCs and STs. However, a change in the rules provided for a 13-point system, which treats every department of a university or college as one unit.

Even India’s top court had refused to restore the status, as upheld by the High Court of Allahabad in the neighbouring state of Uttar Pradesh.

“The recent Supreme Court go-ahead for reserving university faculty positions for candidates from Scheduled Castes, Scheduled Tribes and Other Backward Classes at the department level may reduce the posts available to them by 25 percent to even up to 100 percent, depending upon the faculty position, caste category, and institution", a government servant was quoted by Indian news website Economic Times as saying.

"Untouchables", the lowest group in India's caste hierarchy, or "Dalits" as they prefer to call themselves make up 16 percent of the country’s population, or 201 million individuals.

The inclusive plan by the government evissaged the creation of laws to provide reservations, governed by the Constitution of the country. There have also been protests from sections outside the system, including what is known as upper castes, who felt that this is unfair.