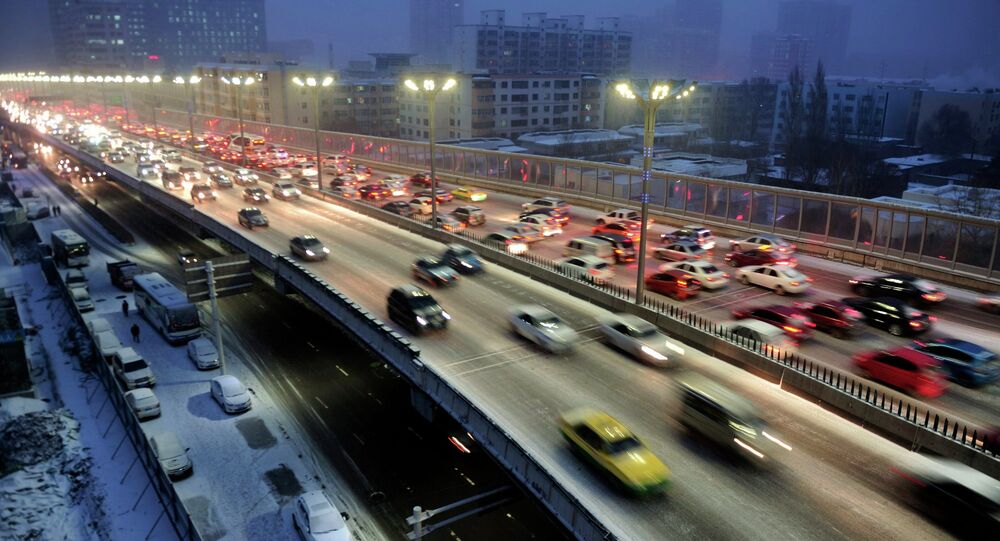 The personal car is yet another staple of modern society. It’s not just a mode of transportation. In fact, it was an invention which changed a lot of things in our daily lives. Dr. Sundeep Waslekar, the President of Strategic Foresight Group, notes a significant shift in the development of human civilization in the 20th century.

The most noticeable change happened to the way we organize our habitat – in other words, the way we build and connect cities.

One big element that played an important part in this was the discovery of petroleum as a fuel in the late 19th century. Until the discovery of petroleum, people always assumed that horses or other animals would provide the kinetic energy needed to transport goods as well as themselves. In fact, if you go to Brussels today, which is a relatively old city, you’ll find places there, outside the houses, outside many apartment buildings, designated to park horse carts or just horses.

The wide-spread adoption of the automobile as the primary mode of transportation had a tremendous effect on our lives, sparking global change. Dr. Waslekar explains this shift.

Once Americans decided to live in the suburbs and only commute to the cities for work, they needed a way to get there, thus creating a new culture: a culture of mass consumption, mass purchasing; all of which require automobiles. It was this internal change in the United States which lead to the expansion of automobiles everywhere — from Europe to China, and everywhere in between.

So, where do we go from here? The more cars per capita there are, the worse the pollution is – that’s obvious to everyone today. But there’s more to it. Each car uses up natural resources, labor and energy to produce and maintain. Each car adds to each person’s daily commute time, contributing to a collective loss of time due to the time spent in traffic. Each car adds to road maintenance costs. Parking spaces, noise pollution, stress, traffic accidents – all these are costs associated with the automobile culture.

Stephen Lacey, a Senior Editor for Greentech Media, notes that although the process of car-centric development is still prevalent, this may soon change.

As a society that relies on the automobile, we structured our walking patterns, our shopping malls, our energy consumption, and our suburban neighborhoods entirely around the automobile. It has of course contributed to a massive rise in petroleum consumption, including local pollution and global CO2 emissions. Now countries like China, India, Brazil, and other developing countries want to industrialize the same way developed countries have; they are now structuring their own cities around the automobile.

A range of experts are trying to work with them to figure out the next generation of individual transport, both for the conventional automobile and for electric scooters, and for more walkable cities. So it really has transformed the way we use energy and I think a lot of people are starting to realize that there are significant alternatives going forward. Thus, we now see a major paradigm shift in terms of thinking how to get beyond community planning that centers around the automobile.

Of course, we still have to ask ourselves – how fast will humanity be able to trade the convenience of a personal car for another more environmentally friendly, and perhaps socially more efficient mode of transportation. Perhaps once again we will design our cities and our lives in a different way?

Age of Discovery – Age of Exploitation