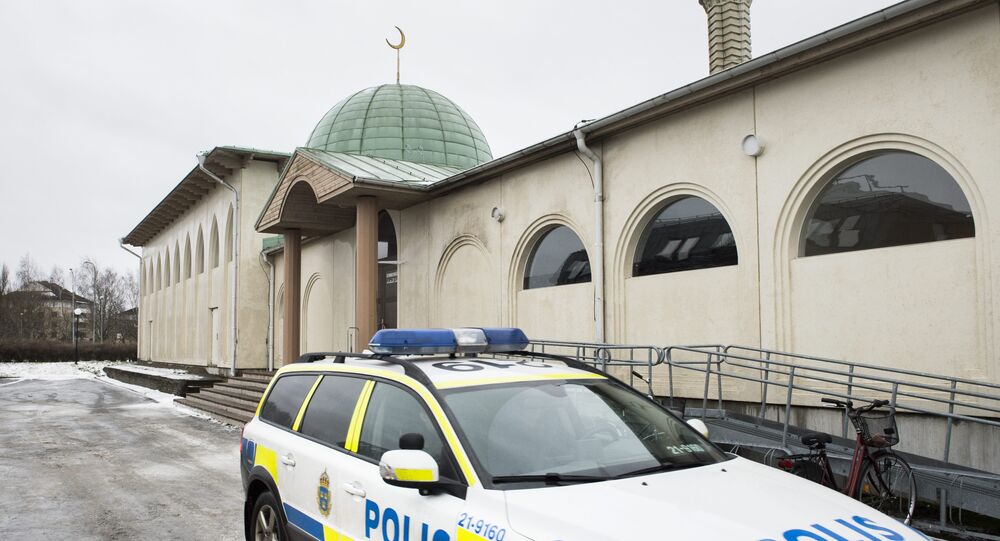 Malmö Imam Basem Mahmoud earlier called Jews “the progeny of pigs and monkeys” and is currently under police investigation.

Imam Basem Mahmoud, who serves in the immigrant-heavy Malmö district of Rosengård that is prominent in the country's list of “particularly vulnerable areas” has banned the Swedish flag.

According to the newspaper Expressen, the reason is that the Swedish flag contains a cross, a Christian symbol, which according to the imam is inappropriate.

Among others, Basem Mahmoud is annoyed that many students celebrate their matriculation by dancing around the streets and waving the Swedish flag.

“Those who carry crosses should not be offered any prayer, because it is our belief that these people are utter heretics,” he reportedly said in a sermon in in Rosengård's al-Sahaba mosque. “If someone unwittingly wears a cross on their clothes, we order him to take it off. Whenever the prophet saw a cross in a cloth or on someone's clothes or whatever, he destroyed it,” he added.

During a recent sermon in July, Basem Mahmoud focused on Palestine, which he believes the world's united Muslims should have enough manpower and weapons to liberate. Furthermore, he urged for the murder of the Jews, quoting from hadith, what the majority of Muslims believe to be a record of the words and actions, or the silent approval of Prophet Muhammad.

“Judgement Day will not come until the Muslims fight the Jews and kill them. The Jews will hide behind rocks and trees, but the rocks and trees will say: Oh, Muslim, there is a Jew behind me. Come and kill him,” he said, as quoted by Expressen.

According to Mahmoud, Judgement Day cannot take place until the great battle has taken place and Palestine has been liberated.

“Injustices, my brethren, are when you are unjust to yourself in your religion and belief. You believe in this hadith, but you do not practice it, you don't introduce it to your children and you don't spread it in the Muslim world. Are we afraid to even mention the word 'Jew'?” he wondered, according to Expressen.

Furthermore, he urged to “conquer the al-Aqsa Mosque”, which is one of Islam's most important mosques, located on the Temple Mount in Jerusalem, and “crush and beat the Jews' heads”.

“Teach your children this. If you yourself are not qualified for it and God does not command you, then teach your son and teach your grandson,” he added.

In yet another sermon, he said that it is only allowed to greet non-Muslims as “unfaithfuls”.

“Do not greet non-Muslims. If an unfaithful person greets you and says, 'Peace be with you', answer him as the Prophet used to answer the Jews, the unjust Jews who killed the prophets and who want to control the universe. Curse them, they are lost.”

This is not the first time Basem Mahmoud has attacked Jews. Earlier, he received national attention for calling Jews “the progeny of pigs and monkeys”. In December 2020, the Jewish Youth Association reported him to the police for incitement of hatred against ethnic groups. The preliminary investigation is still ongoing and the police are awaiting further instructions from prosecutors.

About 90 percent of Rosengård's inhabitants have foreign backgrounds, with Muslim countries such as Iraq, Lebanon, Bosnia and Herzegovina and Afghanistan being the leading countries of origin.