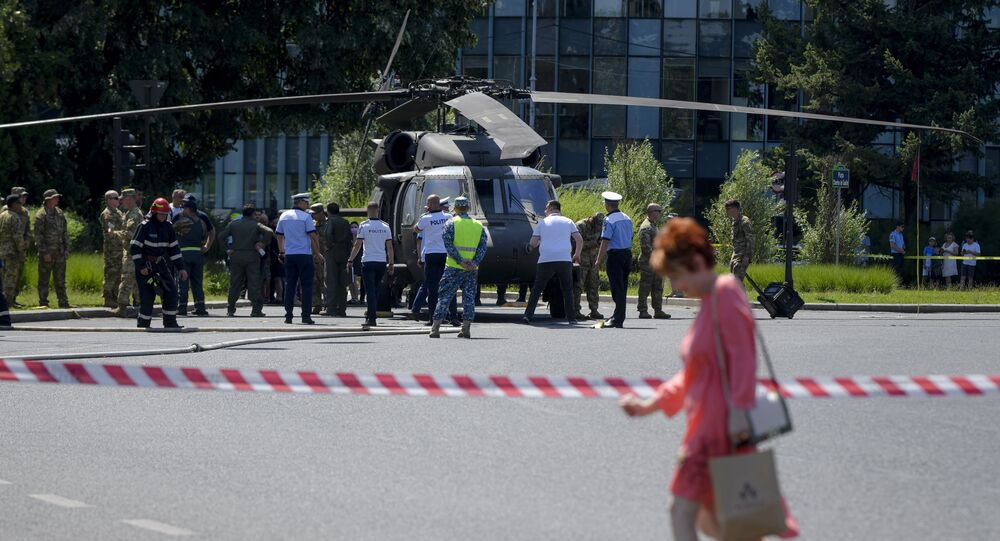 The US Embassy in Bucharest said they are trying to clarify more details pertaining to the incident, which reportedly occurred as an American assault helicopter was taking part in rehearsals for a Romanian air show.

A US combat helicopter has made an emergency landing on a Bucharest street, damaging two lamp posts and stopping traffic in the area. No casualties have been reported in Thursday's incident.

In a video that emerged on social networks earlier in the day, a Black Hawk multi-role chopper is seen suddenly losing altitude and flying low above cars moving along a highway before tearing down the public street lamps.

ALERT 🚨 US Black Hawk helicopter makes emergency landing in the middle of a street in Bucharest, Romania

The US Embassy in Bucharest said in a statement they are "working" with their Romanian partners "to resolve the situation" and that they "will provide more information as it becomes available".

The incident reportedly came as the helicopter was flying as part of a group of six aircraft rehearsing ahead of events to celebrate Romanian Air Force Day and the end of the Romanian military mission in Afghanistan, scheduled for 20-21 July.

© REUTERS / INQUAM PHOTOS
Romanian firefighters are seen near a military Black Hawk helicopter that made an emergency landing in central Bucharest, Romania, July 15, 2021

The US and its NATO allies are wrapping up the withdrawal of their troops from the country, following President Joe Biden's order in April to end the US troop exit from Afghanistan by 11 September, the 20th anniversary of the 9/11 terrorist attacks.