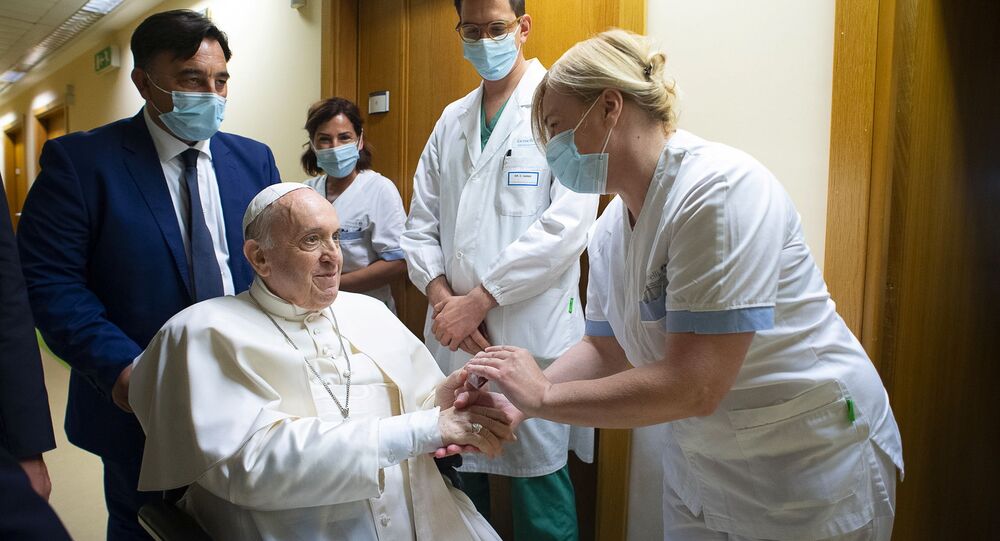 VATICAN (Sputnik) - Pope Francis, who underwent intestinal surgery in Rome on 4 July, will remain in the hospital for a few more days, the Holy See said on Monday.

Pope Francis completed the post-operative period and will remain at Rome's Agostino Gemelli Hospital for a few more days to "best optimize the medical and rehabilitation therapy," the head of the Holy See Press Office, Matteo Bruni, said in a statement.

Last Sunday, Pope Francis made his first appearance since the surgery and spent some time addressing the public from the balcony of the hospital.

Since his election to the Apostolic throne in March 2013, Pope Francis has rarely sought medical help, and the last surgery he underwent was a cataract surgery in 2018.