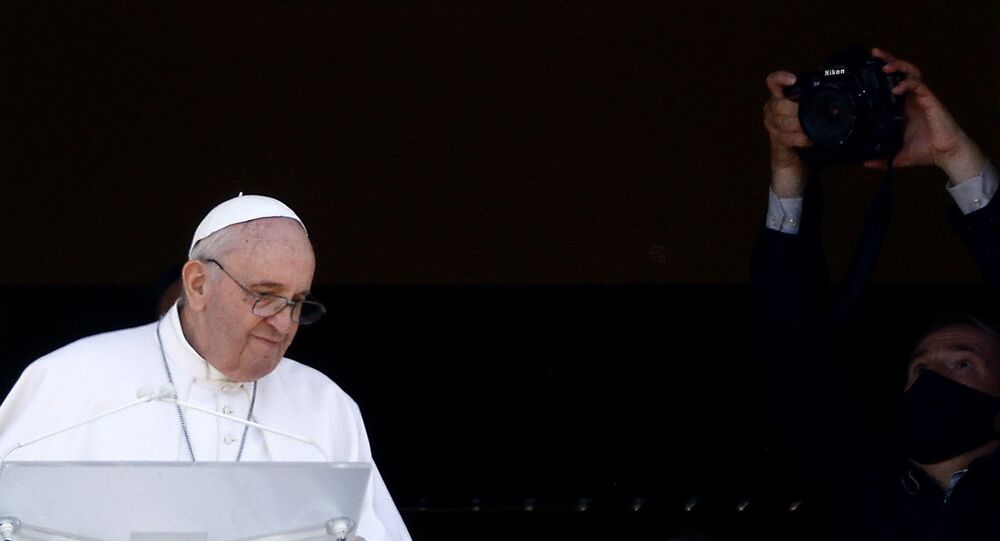 Last Sunday the head of the Roman Catholic Church was admitted to a hospital in Rome for the first time since his ascension as Pope in 2013. There he underwent colon surgery, and his condition was reported as good.

Standing on a balcony of the Agostino Gemelli Polyclinic in Rome, Pope Francis made a public speech on Sunday as the 84-year-old pontifex is recovering from surgery he underwent to remove a part of his large intestine.

The Pope stood for ten minutes, greeting the crowd at 12 pm local time, the hour when he traditionally appears from a window in the Vatican overlooking St Peter's Square.

His stay in the hospital was reportedly set to last seven days, although no additional statements have been made in regard to whether the pope needs to prolong his stay at the hospital.

"I thank everyone. I have deeply felt your closeness and the support of your prayers. Thank you from the bottom of my heart!" the Pope said in his statement.

Pope Francis said his hospitalization was an opportunity for him to learn the value of "good health care, accessible to all, as it is Italy and other countries."

"This precious benefit must not be lost. It needs to be kept!" the Pope emphasized.

© REUTERS / VATICAN MEDIA
Pope Francis speaks with a patient at the Gemelli hospital, as he recovers following scheduled surgery on his colon, in Rome, Italy, July 11, 2021.

Economic pressures, he added, should not jeopardize the ability to offer basic healthcare services. Pope Francis also offered his heartfelt "appreciation" and "encouragement" for the doctors, nurses, and personnel.

The Pope discussed current issues as well. He reaffirmed his commitment to Haiti, commemorating President Jovenel Moise's assassination and the wounding of first lady Martine Moise earlier this week.

"I join in the heartfelt appeal of the country’s Bishops to “lay down weapons, choose life, choose to live together fraternally in the interest of all and in the interest of Haiti. I am close to the beloved Haitian people; I hope that the spiral of violence will cease and the nation can resume the journey toward a future of peace and harmony," Francis stated.

Francis also addressed the environment, which has been a central focus of his pontificate since its inception in 2013.

"Today is 'Sea Sunday', dedicated in a particular way to seafarers and to those whose source of work and sustenance is the sea. I pray for them and exhort everyone to take care of the oceans and seas. Take care of the health of the seas: no plastic in the sea!" the Pope urged.