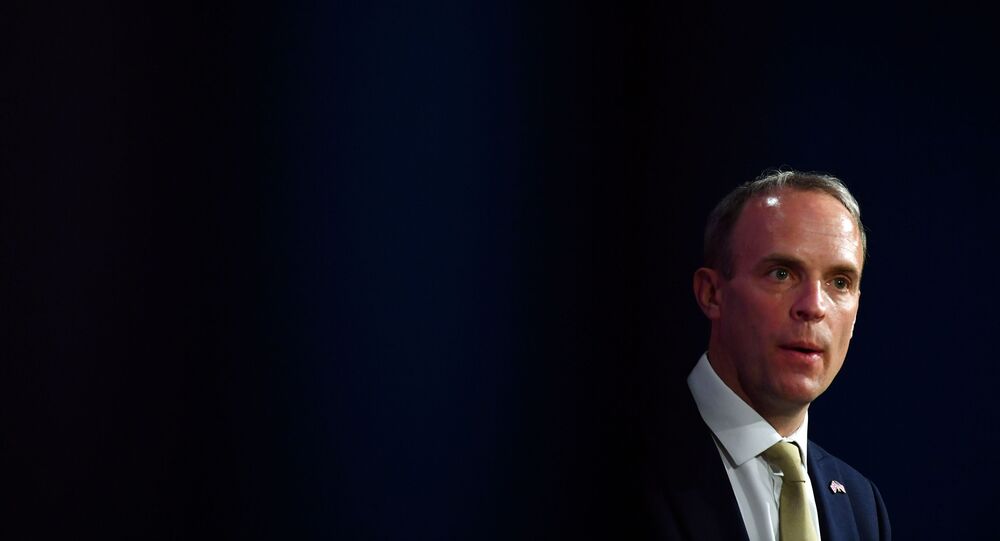 "We need a bit of respect here and also, frankly, a bit of appreciation of the situation for all communities in Northern Ireland", Raab told Sky News broadcaster.

Although there is no hard border between Northern Ireland and the Republic of Ireland, all goods and animal-based products coming from the rest of the UK territories must be checked upon arrival to Northern Ireland to comply with the EU sanitary regulations, leading to delays in the arrival of products and protests from unionist loyal to London.

According to The Telegraph, when UK prime minister Boris Johnson met Macron on Saturday on the fringe of the Group of Seven summit being held in the English country of Cornwall, he tried to explain to his guest his frustration with the protocol by asking him what he would do if sausages from Toulouse could not be moved to Paris.

The French president reportedly told Johnson that such comparison did not work because Paris and Toulouse were both part of the same country, suggesting that Northern Ireland is not within the UK.

Although Raab refused to confirm Macron’s alleged words out of “diplomatic professionalism”, he argued that no one should be surprised by such reports, as he has "serially seen senior EU figures talk about Northern Ireland as if it were somehow a different country from the UK.”

The EU has consistently said that the Northern Ireland Protocol is the only way to maintain both the Good Friday peace agreement and the integrity of its single market, but the implementation of the deal has sparked criticism and protests from loyalists who fear the deal could damage the UK sovereignty over the province, while others think it might affect the fragile political stability achieved with the 1998 peace accords.

The UK government has unilaterally pushed back the full implementation of checks on supermarket goods and parcels to prevent shortage of chilled meat products in the UK province due to delays caused by the customs checks and paperwork, but the EU claimed such move is undermining the protocol and has threatened London with legal action.