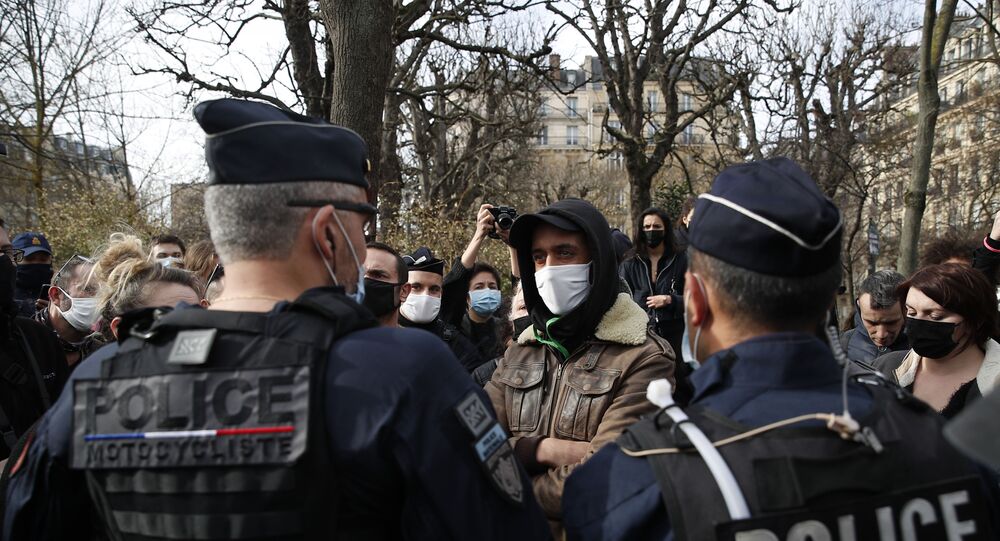 The legislation proposed by the government of Emmanuel Macron has sparked massive protests across the country, prompting officials to rewrite the law. Opponents of the bill argue it will contribute to police brutality.

A French court has rejected a key article of a controversial law that would prohibit members of the public from filming police officers in action and sharing images of them online. The Constitutional Court said the article runs counter to France’s Constitution.

"[It doesn’t take into account the balance] between the objectives of constitutional value of preventing breaches of public order and of finding perpetrators of offences and the right to respect for private life", the court said.

Article 24 does not effectively ban people from filming police officers and posting pictures of them, but makes it a crime if they were shared with "obvious intention to harm" both physically and psychologically.

Those found guilty will be sentenced up to five years in prison or fined $75,000.

French authorities argue that this provision will protect police officers, who have faced threats and harassment online. Critics of the article, which include local journalist unions and civil liberties groups, maintain that it would make it harder to document police brutality and contribute to the problem of police overreach.

© AP Photo / Thomas Peudeleux
What is a Bigger Threat to France, Islamisation or NATO 2030 Doctrine?

Last summer, France as many European countries, saw large-scale protests against police brutality, which occurred again after the legislation was introduced. Public discontent reached its peak after a video emerged showing white police officers kicking and punching a black man last November. The incident reportedly began over a dispute about wearing a face mask.

Despite widespread criticism and a statement by the country's human rights ombudsman that the legislation will undermine fundamental rights, it was adopted by France's National Assembly in April with only 33 MPs voting against the bill.

The legislation is part of a bigger law that will extend police powers, allowing officers to use drones to monitor citizens in public.