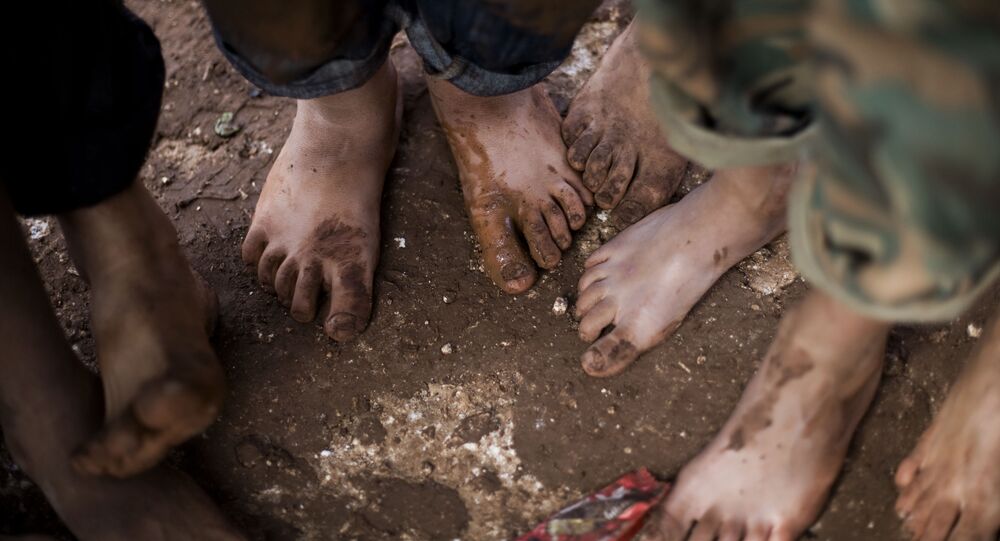 In the words of Justice Minister Nick Hækkerup, "they will be remanded in custody as soon as they set foot on Danish soil" in a marked reversal of Denmark's previous stance.

After massive political pressure from its support parties, the Danish Social Democrat government has reversed itself on so-called Daesh* mothers and their children who are currently in prison camps in Syria.

Now the government wants to evacuate 19 children with links to Denmark and three Danish women, who combined are mothers to 14 of the children, Danish Radio reported.

According to the government, the women will be instantly punished for their deeds.

"We are looking at the terrorism provisions in the Terrorism Act, and [the three women] will be remanded in custody as soon as they set foot on Danish soil", said Justice Minister Nick Hækkerup at a press conference. "They must be responsible for what they have done", he continued.

"These mothers have ensured the worst possible conditions for their children. Therefore, we will of course be ready with a massive, broad effort when the children come to Denmark", she said.

Danish authorities previously flatly refused to repatriate the women and even brushed aside UN criticism. Explaining the reversal, Hækkerup said: "What we have said is that we want to help the children. We cannot do this without the mothers, the task force concluded". He maintained that that Danish Security and Intelligence Service had recommended what is best for Denmark's security.

The Danish Security and Intelligence Service PET reportedly has good information about the three women and their families. These women are said to likely still subscribe to the militant Islamist ideology of Daesh*. However, PET has no information as to whether they have received weapons training or participated in combat operations during their stay in the conflict zone.

Half of the children are approaching an age group said to be "particularly vulnerable" to indoctrination, radicalisation, or even arms training. The task force that visited the camp emphasised that the children exhibit "symptoms of anxiety" (including at night, at loud noises, and at the sight of soldiers), as well as signs of sadness, problems with concentration, and restlessness.

PET emphasised that the three women with Danish citizenship are likely to eventually return to Denmark with their children of their own accord, yet even more radicalised and with more terrorist training.

The repatriation of the remaining five children with links to Denmark requires the consent of their parents and the Kurdish authorities.

Overall, about 150 Danish residents are estimated to have left the country to join forces with jihadists and terrorists in the Middle East.