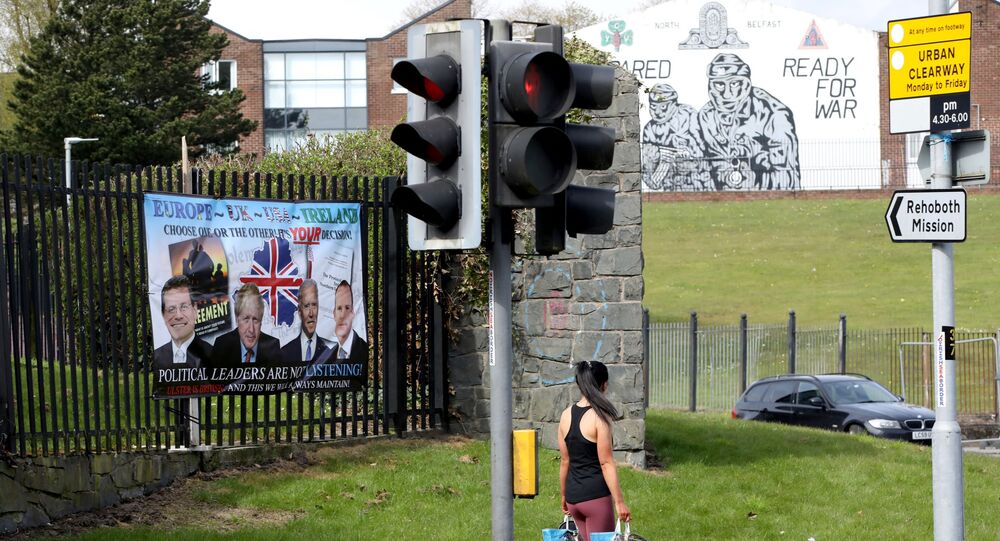 MOSCOW (Sputnik) - The Irish government fears that London is eyeing to fully revise the Northern Ireland Protocol, which envisages keeping the land border between Ireland in the EU and Northern Ireland in the UK open to avoid post-Brexit customs checks, tariffs and paperwork, national media reported on Monday, citing senior Irish sources.

On Sunday, UK’s Brexit minister, David Frost, wrote an article, in which he called the Protocol "fragile" and not sustainable, the same description he used during his last week's meeting with a delegation from Northern Ireland's Loyalist Communities Council. Frost went on to accuse the EU of taking a "purist" view of the arrangements and that the UK "did not anticipate this when we agreed the Protocol and it makes no sense."

"The argument [at the meeting] was that Protocol doesn't enjoy the support of one community in Northern Ireland, therefore it's not protecting the Good Friday Agreement," a source told the RTE broadcaster, adding that "the community that doesn't like it wants it to just go away because it's treating Northern Ireland differently to Britain."

"That was the line of argument. That's a big step away from, to use Boris Johnson’s phrase, which he repeated, about 'sandpapering’ the Protocol. He was clear he was talking about a fair degree of change to it," the source noted.

As part of the withdrawal agreement, Northern Ireland remained in the European single market and customs unions after the United Kingdom left the bloc for good on 31 December 2020. Although there is no hard border between Northern Ireland and the Republic of Ireland, all goods and animal-based products coming from the rest of the UK territories must be checked upon arrival to Northern Ireland to comply with the EU regulations on food and animals.

Brussels has consistently said that the Northern Ireland Protocol is the only way to maintain both the Good Friday Agreement and the integrity of its single market. Between now and then, the contentious legislation may continue to fuel tensions in Northern Ireland and stoke divisions between Belfast and London.