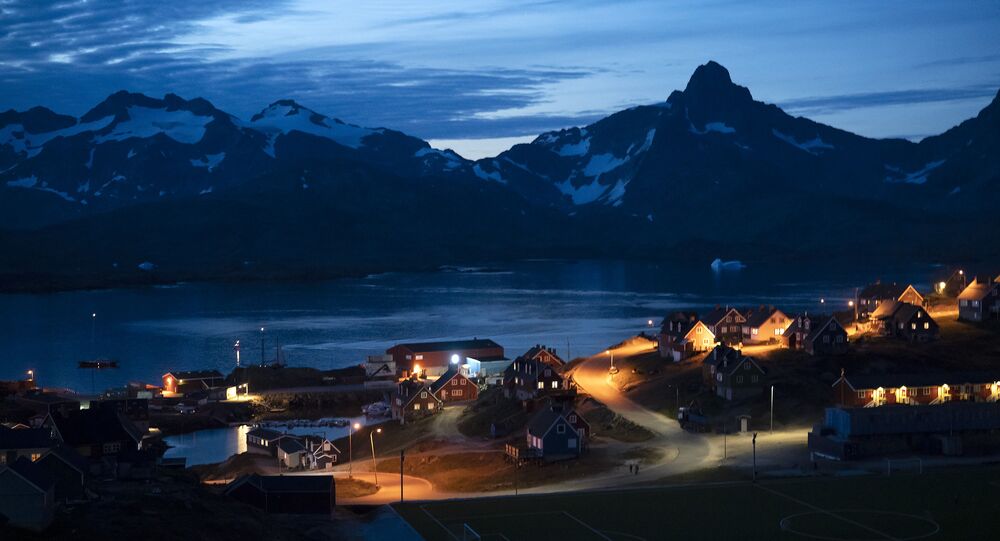 Blinken Visits Denmark With Greenland Back in Focus, As Copenhagen 'Once Again Embraces' US

According to commentators, Antony Blinken's visit indicates that the US's focus on the Arctic, including the world's largest island, didn't cease with the Trump presidency. The markedly more amicable response from Copenhagen is said to herald a “new era” in Danish-US relations.

US Secretary of State Antony Blinken has landed in Denmark and will meet his Danish counterpart ahead of a trip to Greenland, both firsts for the Biden administration.

Blinken will meet Greenland’s leadership on Thursday in Kangerlussuaq, the island’s main transport hub. According to the State Department, the visit will focus on the “strong partnership” between the US and Greenland, as well as their “shared commitment to increase cooperation in the Arctic”.

Ahead of the visit to Greenland, Blinken will meet Danish Prime Minister Mette Frederiksen and other politicians as well as business people over issues including the climate crisis and the development of new technologies.

Blinken's visit to Greenland, an autonomous territory and part of the Danish Realm, comes two years after a eyebrow-raising row that emerged when former president Donald Trump voiced an interest in procuring the vast island. In 2019, Frederiksen called Trump’s offer to buy Greenland “absurd” and stressed that it was not for sale. In response, Trump called her “nasty” and notoriorsly scrapped his visit to Copenhagen. Blinken's predecessor Pompeo last year also cancelled a planned visit to Greenland, yet travelled to Denmark in a bid to alleviate the tensions.

Political commentator Hans Redder suggested to TV2 that Blinken’s trip meant that the increased US interest in Greenland and the Arctic was “far from something that disappeared with Trump”.

“Trump expressed his interest in a somewhat baroque way, but the US interest in Greenland is unchanged, even though there is another president today. The same applies to the potential geopolitical tensions that may arise in the area,” Redder said.

Berlingske, one of Denmark's leading dailies, suggested that the official Denmark, led by the Queen, is “once again embracing the US after four years with Trump” and is “rolling out the red carpet”.

“The US Secretary of State, Antony Blinken, will appear on Monday for a festively dressed Denmark with a reception at Queen Margrethe's. The Donald Trump years are over, and if you look at the symbolism Blinken is received with, there are marked changes in the relationship between the United States and Denmark,” Berlingske wrote in anticipation of Blinken's visit, suggesting it heralds a “new era”.

Climate change is rapidly opening up once inaccessible waterways and areas in the Arctic for shipping, yet also spurring competition between major powers, including Russia, the US and China.

Owing to Greenland, Denmark is also one of the key players in the Arctic and is making claims on large swaths of the continental shelf, extending through the North pole and into Russia's sector.