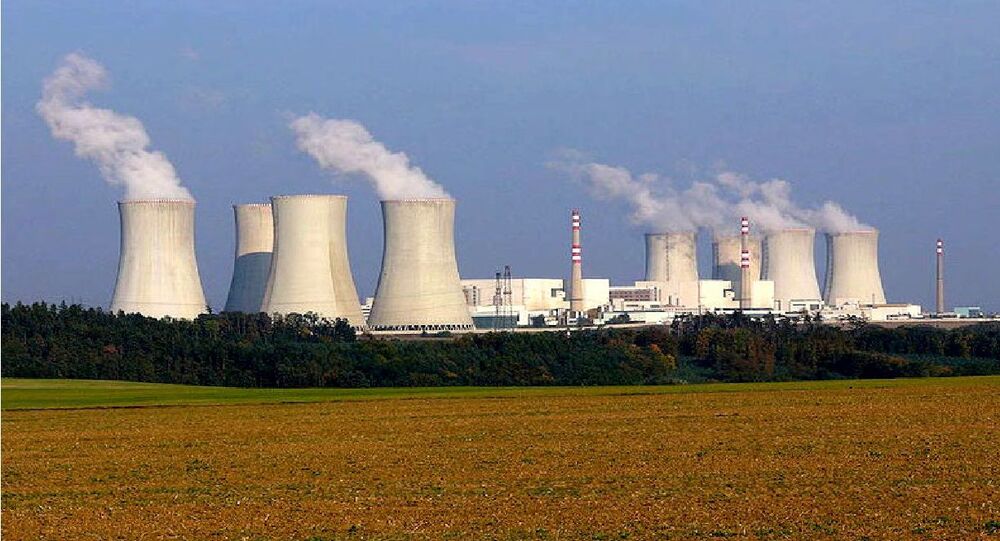 The decision comes in the wake of a diplomatic spat between the two countries that was initiated by Prague last week by expelling 18 Russian diplomats. Moscow expelled 20 Czech diplomats in a reciprocal move.

The Czech government has made a unanimous decision to remove Russia’s state Rosatom company from the tender list for the construction of a new reactor at the Dukovany Nuclear Power Station, Deputy Prime Minister and Minister of Industry and Trade Karel Havlicek said. He added that there are thereby only three companies left on the list: US-based Westinghouse, France’s EdF, and South Korea’s KHNP.

Havlicek said that the decision to exclude Rosatom from the six-billion euro tender was made based on "newly available information", without elaborating further.

Diplomatic Spat Between Moscow and Prague

Czech authorities expelled 18 Russian diplomats on 17 April over their alleged involvement in a 2014 explosion at a Vrbetice munitions depot. The country's prime minister, Andrej Babis, had promised to declassify and publish the report on the details of the 2014 incident, which left two people dead, but changed his mind on 19 April, stating that the report would not be made public. Prague has thus refused to reveal the evidence it purportedly has linking Russian diplomats to the blast.

Russia called the allegations of its involvement in the Vrbetice blast absurd and demanded that the Czech government present evidence proving the connection. Moscow also responded reciprocally to Prague's actions, expelling 20 of its diplomats and leaving only a sliver of personnel at the Czech Embassy in Moscow. Russia’s Foreign Ministry has claimed that the US, which recently also expelled 10 Russian diplomats, is behind the Czech government's actions.

"As for the Czech Republic, one should understand that plenty of problems have accumulated in the EU's member states and in the West in general, so it is necessary to implement some information and political measures to hide these problems. Russia is a time-tested instrument, a thesis that has been long put into circulation, and which is used in such cases [...] Of course, the US is behind [it]",the ministry's spokeswoman Maria Zakharova said on 19 April.

Russia's Rosatom to Be Excluded From Bidders for Construction of Czech NPP Dukovany, Minister Says

Moscow Expels 20 Czech Diplomats, Tells Them to Leave by End of 19 April