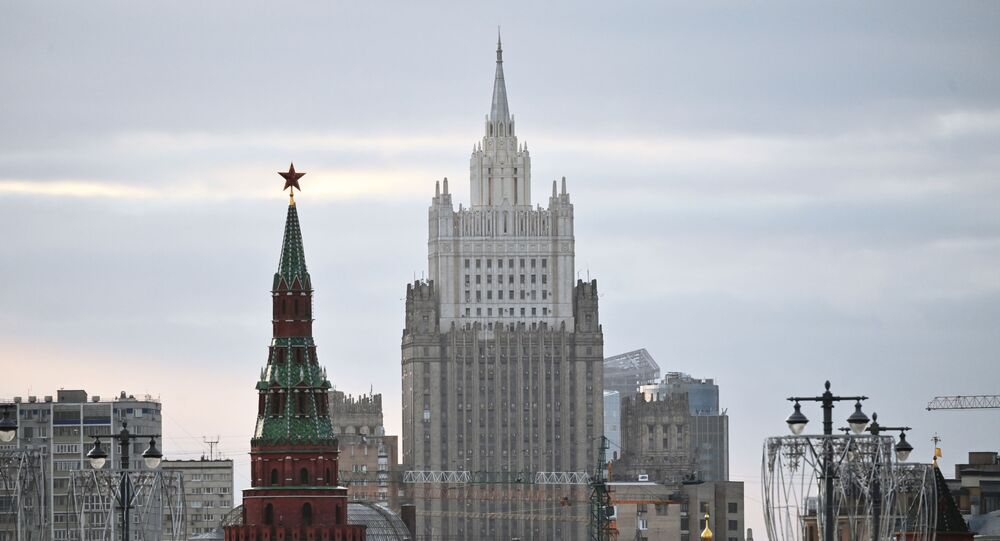 PRAGUE (Sputnik) - The Embassy of the Czech Republic in Russia will only have five remaining diplomats following Russia’'s decision to declare 20 of the embassy's employees "persona non grata", Director of the International Department of the Czech Presidential Office Rudolf Jindrak said.

"There will only be five diplomats left there [at the Czech embassy in Russia]. Almost the entire political staff will leave the embassy", Jindrak told reporters on Sunday night.

On Saturday, Czech Foreign Minister Jan Hamacek announced the expulsion of 18 Russian diplomats on suspicion of being officers of Russia's special services. They were obliged to leave the country within 48 hours. Prime Minister Andrej Babis explained that the move was prompted by "a reasonable suspicion" that Russian military intelligence officers had something to do with the October 2014 explosion at an ammunitions depot in the town of Vrbetice that killed two Czech nationals.

However, a spokesperson for the Czech police told Sputnik that the police could not confirm the link between putting Russian nationals Alexander Petrov and Ruslan Boshirov on a wanted list and the explosion at the ammunitions depot in Vrbetice in 2014.

The Russian Foreign Ministry said on Sunday that the claims were groundless and absurd particularly taking into account that the Czech government had earlier blamed the blasts on the companies that owned the warehouses.

Also on Sunday, the Russian Foreign Ministry announced its decision to expel 20 Czech diplomats in response to the expulsion of Russian diplomats from Prague and gave the Czech diplomatic staff until the end of Monday to leave Russia.

Czech Ambassador to Moscow Vitzeslav Pivonka was summoned to the Russian Foreign Ministry amid the diplomatic row. The diplomat left the ministry after about 20 minutes without providing any comments.