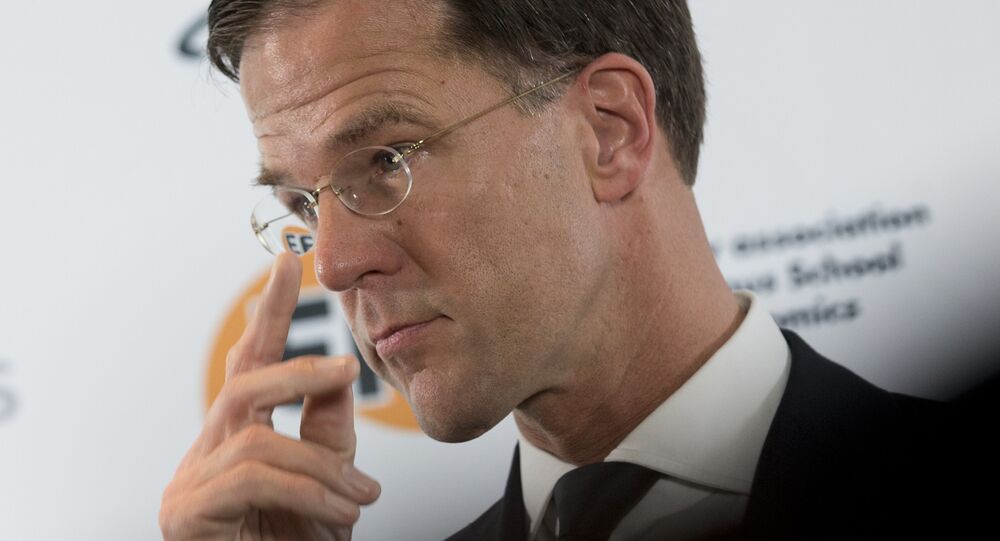 Last month, Rutte's centre-right party VVD won the majority of seats in the parliament, paving the way for his fourth term as prime minister. In January, his cabinet was forced to step down after officials erroneously accused thousands of parents of childcare benefit fraud and demanded they repay the money.

States General of the Netherlands, the country's bicameral parliament, is set to hold a vote of no confidence in Prime Minister Mark Rutte, just weeks after his party secured a win in the parliamentary elections. The motion was put forward by opposition parties and is scheduled to take place later in the day.

The opposition called for the vote after Rutte was accused of discussing a political appointment for a lawmaker even though he told reporters that no such conversation happened. The prime minister insists he never had this discussion.

The People's Party for Freedom and Democracy, headed by Rutte, received the biggest share of seats in the parliamentary elections in the Netherlands in mid-March, followed by the left-wing Democrats 66, headed by Sigrid Kaag, and the nationalist Party for Freedom, whose leader is Geert Wilders.

The election was called after Rutte was forced to dissolve his cabinet after facing a backlash for a scandal involving officials mistakenly accusing thousands of parents of childcare benefit fraud and demanding the money be repaid.