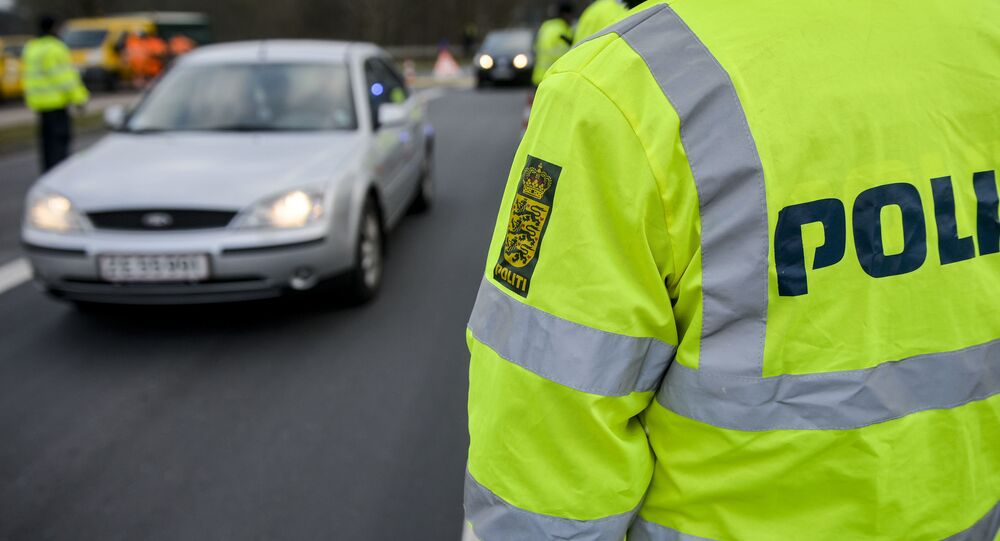 Previously, the partial lockdown in place since late 2020 sparked protests across the country, alongside the government's reliance on so-called COVID passports. The demonstrators see the restrictions as a violation of their privacy, freedom, and rights.

In recent days, COVID-19 vaccine and testing centres across the Danish mainland province of Jutland have been targeted in a series of incidents.

In Rødekro, a town of 6,000 people in southern Jutland close to the German border, signs showing directions to vaccination and test centres were vandalised.

The signs were painted over with green spray paint and phrases such as "F**k WHO", "F**k WHO fascists", and "Corona is lies".

Police in the region have confirmed the incidents and encouraged witnesses to get in contact to provide more information.

​Furthermore, a vaccination and test centre in the northern Jutland town of Hobro was also vandalised, according to the local sports centre that houses the facility.

"During the night, vandalism was committed and signs were stolen in connection with the test and vaccination centres at the Hobro sports centre", the sports centre wrote on Wednesday on its Facebook page, pledging to replace the signs.

"It's just incredibly tiresome", manager Johnny Wulff told TV2. "I'm super angry about that, because I feel that we are helping with a societal task by making our facilities available, so I don't understand anyone who should oppose it".

A vaccination centre in the town of Silkeborg, central Jutland was targeted in an attempted arson, the regional police district said on Tuesday.

The perpetrators started a fire inside a container with face masks and later attempted to push the container through a glass screen at the vaccination centre. Luckily, the fire didn't spread across the building, but the police are taking the situation very seriously and are looking for witnesses.

Earlier this month, fire bombs were thrown at a test centre in Ballerup, north of Copenhagen. As a result of this incident the National Police pledged to keep an extra close eye on vaccination and test centres.

Denmark has been under partial lockdown since late 2020. In recent weeks, it has eased several restrictions, yet retained most of them until early April. Danish Prime Minister Mette Frederiksen previously assumed that the country would fully reopen when everyone aged 50 and over had been vaccinated and suggested that so-called COVID passports indicating one's status would be helpful.

The Scandinavian nation has seen a wave of demonstrations against restrictions in major cities, including Copenhagen. The protesters see the said measures as encroachment upon their rights and freedom. During the protests Mette Frederiksen was burned in effigy, and dozens of people were arrested.

With some 230,000 COVID-19 cases to date and over 2,400 deaths, Denmark is the second most-hit Scandinavian nation trailing Sweden.