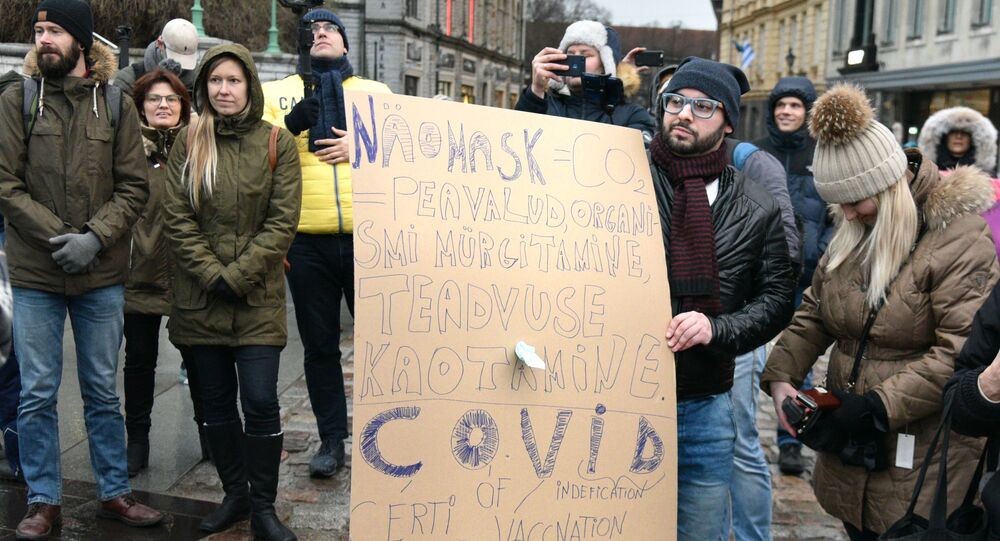 The Baltic nation has approved the use of Covid-19 vaccines by Pfizer, Moderna and AstraZeneca, with deliveries of the latter preparation beginning last month. AstraZeneca jabs are produced in the UK.

A 31-year-old rescue worker in Estonia has died after being vaccinated against the coronavirus using the AstraZeneca vaccine, Maia Uuskula, the chief of the bureau of pharmacovigilance at the Estonian Agency of Medicines, has announced.

“Today there was an unfortunate incident; East Tallinn Central Hospital informed us about the death of a 31-year-old male who worked as a rescue worker. After being vaccinated, the man began to suffer from headaches and fever. After ten days the symptoms worsened and he was taken to hospital. Today at noon his death was reported. An investigation into whether the vaccine played a role in his death is underway,” Uuskula said, speaking to reporters at a press conference on Wednesday.

The man was said to have been vaccinated on 17 February.

According to Uuskula, “today, there is too little data to assess whether the vaccine may be related to health problems or death.”

The official stressed that the vaccine is safe, and urged Estonians who have been vaccinated to inform the agency if side effects persist for more than three or four days.

As of 28 February, Estonia’s Agency of Medicine has reported 486 adverse drug reactions to the AstraZeneca vaccine, 708 to the Pfizer vaccine, and 15 to the Moderna vaccine.

Estonia began its vaccination programme in late December, with 84,175 vaccinations reported as of Wednesday, accounting for about 6.3 percent of the country’s population. 37,369 people are said to have received both doses of one of the three approved vaccines.

© REUTERS / Cathrin Mueller
France and Germany Struggle to Convince Their Citizens to Take AstraZeneca Jabs Amid Concerns Over Efficacy
The Baltic nation isn’t the only country to report instances of complications from the AstraZeneca vaccine. Earlier Wednesday, South Korean media reported that two people with underlying diseases had died after taking the preparation. Officials have yet to establish the cause in both cases.

This week, AFP reported that residents of France and Germany have expressed reluctance to get the AstraZeneca shots, with just over half a million of the combined 3 million+ shots distributed to the countries administered.

US B-1B Lancer Bombers to Fly Over Estonia on Wednesday, US Embassy in Tallinn Says