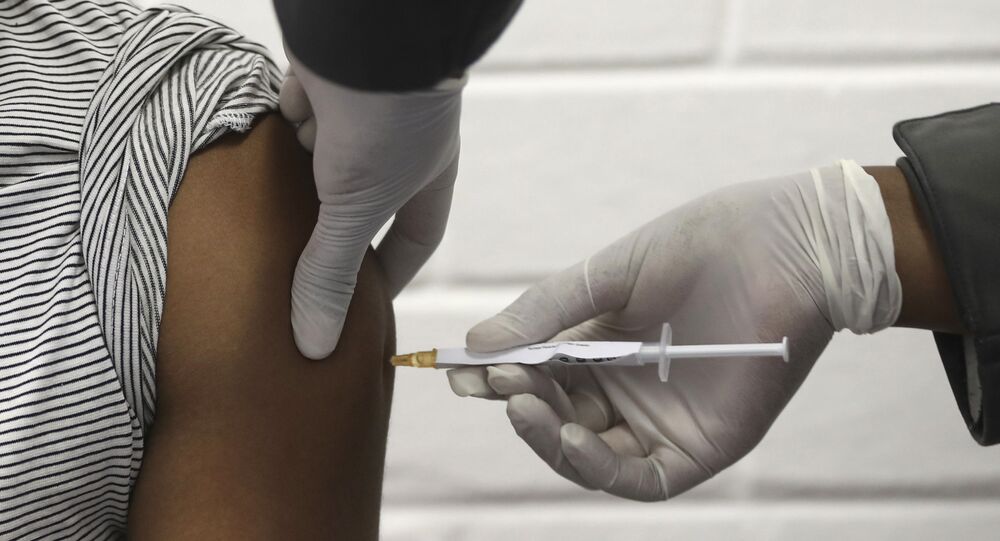 Both people were receiving treatment at long-term care hospitals in the province of Gyeonggi, which form the Seoul Capital Area.

According to state news agency Yonhap, the first person was in their 50s. Hours after being vaccinated on Tuesday morning, the patient began to show symptoms of heart failure and experienced difficulty in breathing but recovered after receiving emergency care. However, the symptoms recurred the next morning and led to the person's death.

© REUTERS / DINUKA LIYANAWATTE
'Not Good': Two Swedish Regions Temporarily Halt AstraZeneca Vaccine Use Over Suspected Side Effects
The second person — a 63-year-old man with cerebrovascular disease — also died on Wednesday morning, four days after receiving the injection. He had shown severe symptoms, such as a high fever and pain all over the body, since the day following the vaccination.

Health officials are yet to establish whether the deaths was caused by side effects from the vaccine, the news agency added.

South Korea uses the AstraZeneca vaccine for medical staff and patients in nursing homes but has banned it for senior citizens aged 65 and older, as data on the vaccine's effects on the latter was insufficient.