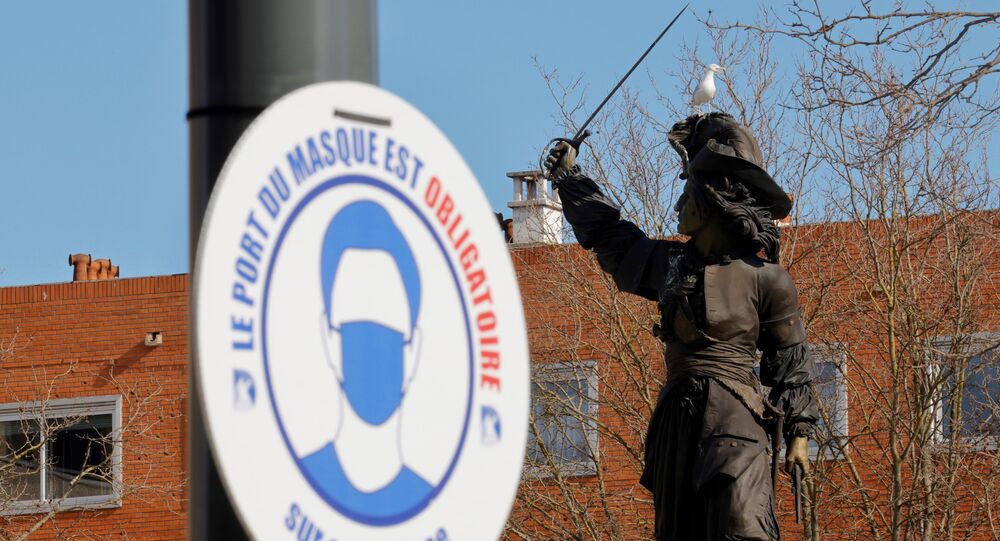 PARIS (Sputnik) - The number of calls to the hotline from young people and parents of teens with eating disorders in France has doubled due to coronavirus-related lockdown restrictions, Danielle Castellotti, the head of the National Federation of Associations related to Eating Disorders (FNA-TCA), told Sputnik on Thursday.

"We see that there are much more calls [on the FNA-TCA hotline] than usual. However, how this reflects the increase [in the number of diseases] as a percentage, I cannot say," Castellotti said, specifying that the calls are made by young people and parents of adolescents.

She noted that the number of such calls doubled ever since the first nationwide lockdown, which was imposed in March and ended in May. Following the second stay-at-home regime, the number of contacts with the hotline was nearly the same, but it does not necessarily reflect the doubling in eating disorder cases in the country, Castellotti explained, adding that there were no relevant statistics of cases of eating disorders during the COVID-19 crisis.

She added that in most cases, people calling on the FNA-TCA hotline complain of issues related to anorexia and bulimia, and the organization employees provide them with recommendations and directions to facilities treating these illnesses.

The French government introduced the second nationwide lockdown amid another COVID-19 wave at the end of October, which was replaced with a curfew in mid-December. In addition to the closure of such facilities as museums, theaters, cinemas, restaurants, bars, and cafes remain closed. According to the health authorities, the restrictions affect the mental health of the population, as the number of mental disorder cases across the country has doubled in fall and remains high. In particular, according to Castellotti, various shocking life events, including a significant reduction in social connections, affect people with eating disorders.