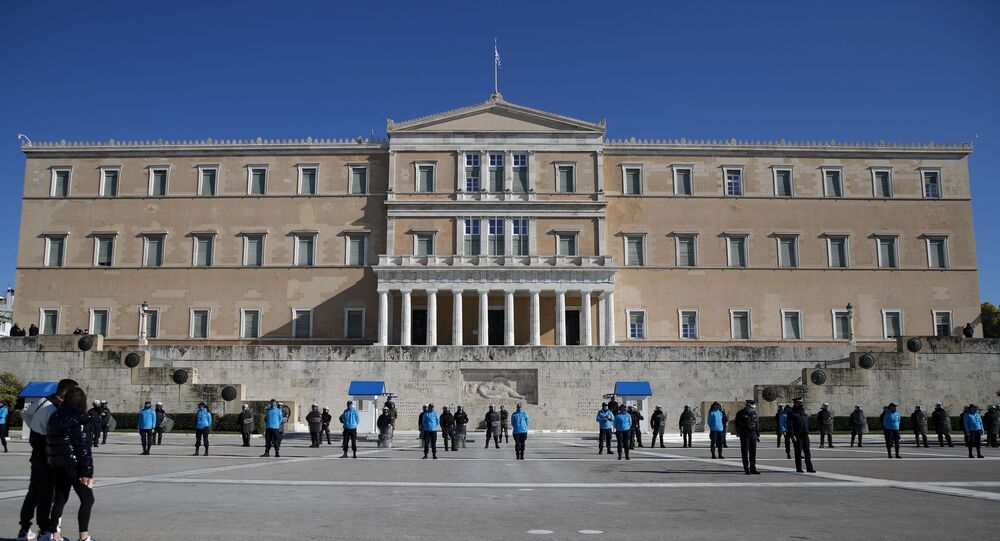 ATHENS (Sputnik) - Two explosive devices went off on Tuesday in a car near the house of Greek lawmaker Konstantinos Bogdanos from the ruling New Democracy party, who has not been hurt, according to the party.

New Democracy thinks the attack is related to the case of Dimitris Koufodinas, the leader of the terrorist group November 17, who was sentenced to 11 life sentences. Koufodinas has been on hunger strike since January 8, demanding to be transferred to the Korydallos prison near Athens from the Domokos high-security prison.

"The supporters of terrorism and a serial killer are constantly attacking parliamentarians. Today they threatened the physical safety and life of New Democracy lawmaker Bogdanos and his wife, by attacking their house and cars with a dual explosive device. Bogdanos' car was totally destroyed and miraculously there were no victims," the party said in a statement obtained by Sputnik, stressing that it will do everything to hold the perpetrators accountable.

Prior to entering politics, Bogdanos worked as a journalist. Some of his statements and proposals have been criticized by the country's left as racist, including sending migrants and refugees to uninhabitable islands, calls for a burqa and niqab ban and opposition to the Prespa agreement on the naming of Northern Macedonia, a former part of Yugoslavia.