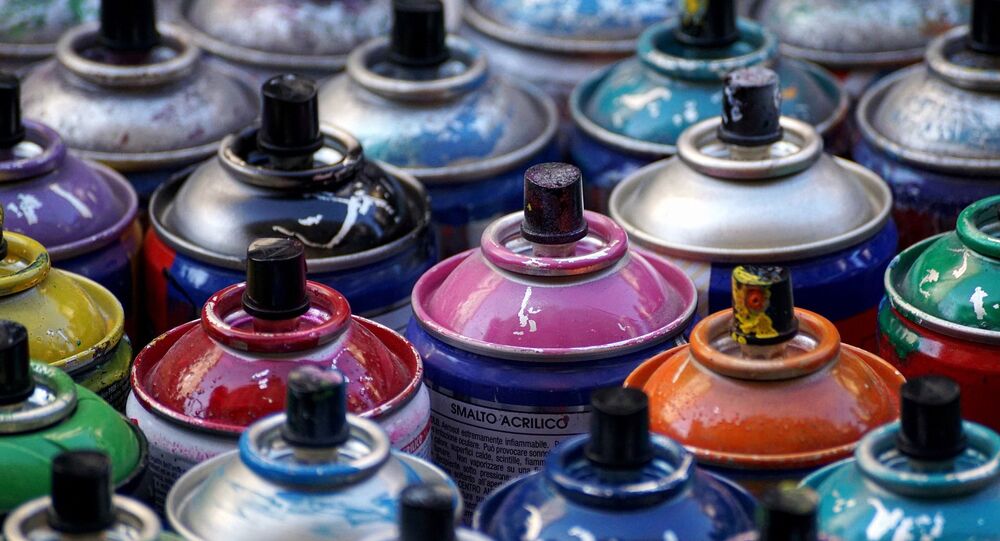 Prior to the World War II Holocaust, an estimated 80,000 Jews lived within some 28 communities scattered throughout Greece, according to the Anti-Defamation League (ADL), which notes that only roughly 5,000 practicing Jews currently live in the Hellenic Republic.

Local law enforcement officials in Larissa, Greece, opened an investigation on Thursday into an incident involving an unidentified vandal who spray-painted the words “Jesus Wins” on a Holocaust monument and on the walls of a local synagogue.

Though police were called to the scene, the suspect had fled before they could be apprehended, according to the Jerusalem Post. Witnesses reportedly told officials that the individual appeared to be a middle-aged man who had been holding a sign riddled with religious symbols.

The Central Board of Jewish Communities in Greece (KIS) issued a statement Friday calling on law enforcement to track down and arrest the offender, adding that “religious fanaticism and intolerance exudes the new vandalism of holy Jewish sites in Larissa.”

“Using religious symbols, [the individual] expressed their anti-Jewish hatred on the exterior of the Larissa Synagogue, as well as on the Holocaust memorial, expressing their disdain for the sanctity of the sites and trampling on the memory of the Holocaust victims,” KIS stated.

Incidentally, the act of vandalism comes just two days after Margaritis Schinas, a Greek politician who serves as the vice president for the European Commission's Promoting Our European Way of Life mission, issued a statement on the body’s continued commitment to fighting anti-Semitism.

Citing reports by KIS, the ADL has reported that there are multiple attacks against Holocaust monuments and Jewish cemeteries every year, indicating that the “incidents have grown more frequent.”

Similar to the incident in Larissa, reports emerged earlier this year that vandals had defaced a Holocaust monument in the Greek port city of Thessaloniki. At the time, reports noted that the memorial, dedicated to 50,000 Jews from the area who were killed in the Holocaust, was spray-painted with the phrase, “With Jews you lose.”