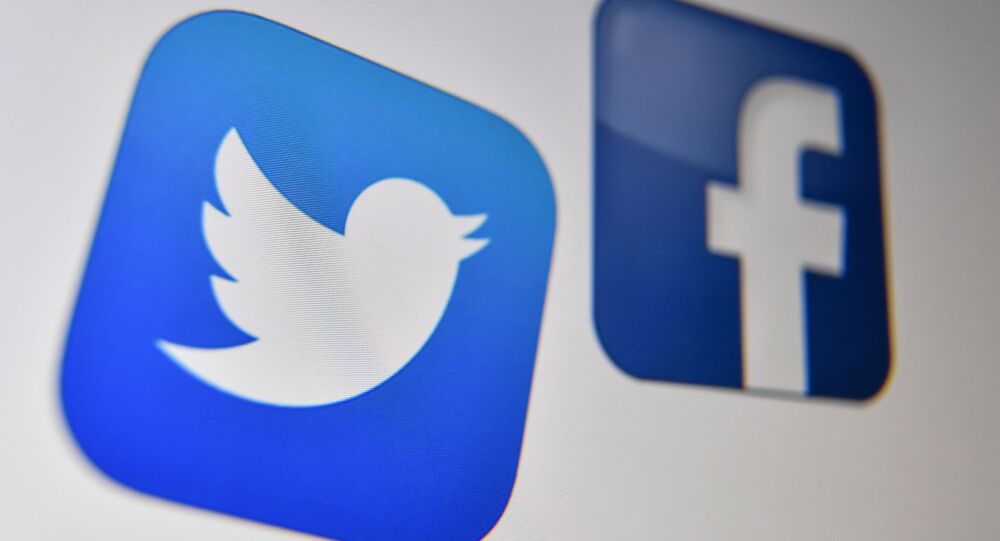 Earlier this year, platforms such as Facebook and Twitter deleted the accounts of then-US President Donald Trump and thousands of other profiles deemed to have broken their rules. This prompted an exodus of users to alternative platforms and stirred a worldwide debate about freedom of speech.

The national-conservative Sweden Democrats want to introduce a parliamentary committee to limit the powers of IT giants and guarantee that freedom of expression online is maintained.

According to an opinion piece penned by the party's perennial leader Jimmie Åkesson and his fellow Sweden Democrats in the newspaper Dagens Nyheter, free speech is now under threat from Big Tech.

"In this new age, anyone, even the most powerful in the world, can be silenced by these tech giants. The government's response to this is in principle that freedom of expression doesn't apply when it is a third party – a company – that gets to decide whether the message is to be disseminated or not".

The Sweden Democrats ventured that the tech giants enjoy too much power and are not neutral in removing a certain type of content.

"Google, through YouTube, for instance, deleted one of our election videos in the last parliamentary election and blamed everything on a 'mistake' – something that strangely enough seems to hit one side of the debate more often than the other", they wrote.

They emphasised that many other users had also had material removed "without reason and without explanation", calling the situation untenable.

"The labour movements of old wouldn't hear of 'build your own square' when they campaigned for workers' conditions or universal and equal suffrage. The difference between the demonstrations of the past and the digital versions of today is that today they can be removed and silenced at the touch of a button, sorted out by American oligarchs who unofficially seem to want to go in the same direction as the rulers in Sweden", they wrote.

"We know that in the upcoming 2022 parliamentary election Facebook will be an important player in the election campaign. There may be selective fact-checking, restriction of certain materials, or outright closures", they warned.

"It should not be possible to influence the distribution of material based on its value-based content through covert measures or external manipulation", they write.

According to their proposed guidelines, only illegal content should be removed from social media and suspensions or deletion of content should be up for review in court. Content that doesn't violate the law should be protected from being deleted. Furthermore, automatic algorithms shouldn't be allowed to covertly restrict the distribution of particular material for political reasons, and high fines should be imposed if the companies still violate the requirement of neutrality, per the party.

In conclusion, the Sweden Democrats warned that "democracy risks being eroded when American companies reject certain individuals' opinions". "If we do nothing, the choices of the future will be decided on platforms that don't hesitate to remove opinions that do not fit into their own constructed opinion template. That, if anything, is a serious threat to democracy", they concluded.

The opinion piece appeared weeks after platforms such as Facebook and Twitter deleted the account of then-US President Donald Trump and thousands of other accounts deemed to have broken the rules. This prompted an exodus of users to alternative platforms and stirred a debate about freedom of speech.

"It is a gigantic problem that we have multinational digital oligarchs who control basic global information infrastructure and use that power in their own interests to control who is allowed to be heard and what is allowed to be said", he noted, as quoted by the newspaper Världen Idag.

In late 2020, Sweden's largest alternative media outlets claimed that IT giants fully control the infrastructure that people need to make use of their freedom of expression, and organised a daily blackout to protest "digital censorship".