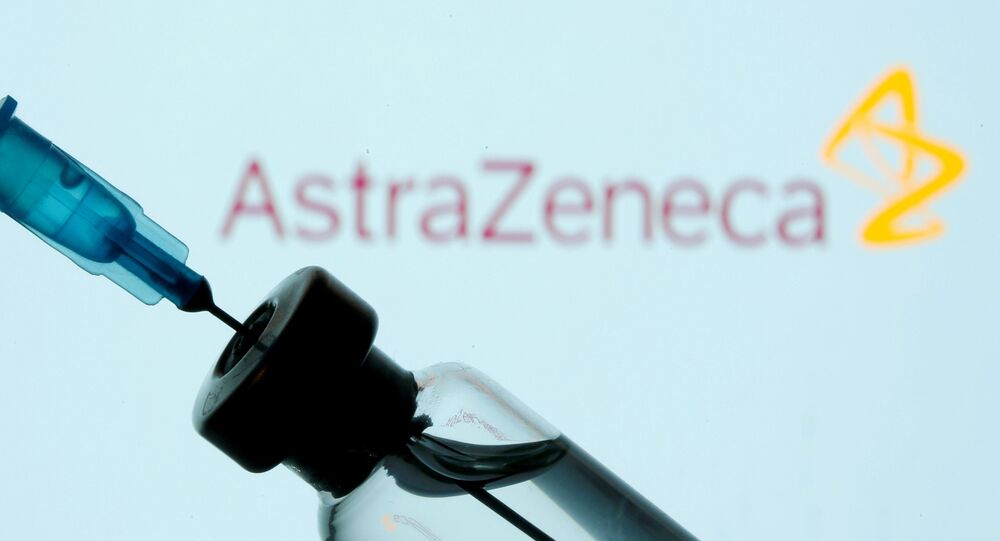 The UK's coronavirus vaccination programme is five times more advanced than the EU's, with 10 per cent of the British population inoculated versus just two per cent across the 27-member bloc. The European Commission's response has been to restrict exports of jabs to non-EU countries.

The European Commission has demanded AstraZeneca hand over some 75 million doses of its COVID-19 vaccine made at its British plant — threatening to sue the firm for hundreds of millions.

The European Union's (EU) top body said the drug maker's production centre in Wales must make up for shortfalls at two facilities on the continent that had seen only a quarter of the EU's order of 100 million of the low-cost vaccines delivered, Britain's Daily Telegraph reported on Wednesday.

"If UK plants are working better, are we expecting UK plants to deliver doses to the EU? Yes we do," a commission spokesman said, claiming that was a condition of the supply contract with the EU

The Commission threatened to sue AstraZeneca for around €300 million (£265 million) it says it has invested in development of the firm's coronavirus vaccine — research for which was done at the UK's Oxford University.

Speaking in Brussels, Commissioner for Health Stella Kyriakides said "we reject the logic of first come, first served. That may work at the neighbourhood butcher's, but not in contracts." — a clear reference to the UK's early order of millions of vaccines from Astrazeneca.

Kyriakides called on the firm to "engage fully to rebuild trust, to provide complete information and to live up to its contractual, societal and moral obligations."

The EU was proceeding "slowly, bureaucratically and protectionist... and if something goes wrong, it's everyone else's fault" read a front-page editorial in Die Zeit.

And Bild accused Commission President Ursula von der Leyen of trying to cover up for a three-month delay in ordering jabs from AstraZeneca, pointing out that "Brexit Brits continue to receive full supplies."

One in ten people in the UK has had at least one dose of coronavirus vaccine so far — compared to just two per cent of EU residents.

In an interview with Italy's La Repubblica on Tuesday, AstraZeneca CEO Pascal Soriot said there had been initial problems "scaling -up" prtoduction at the firm's vaccine culturing sites in Belgium and the Netherlands. But he hopped to provide a "reasonable quantity" of doses to the EU by February.

"Our team is working 24/7 to fix the very much issues of production of the vaccine itself," Soriot said. "Some of those batches have very high yield and others have low yield. Particularly in Europe, we had one site with large capacity that experienced yield issues."

The CEO stressed that the firm had gone from starting from scratch with a coronavirus vaccine a year ago to "scaling up to hundreds of millions, billions of doses of vaccines at a very high speed".

"When you do that, you have glitches, you have scale-up problems," Soriot continued "Therefore, the yield varies from one to three, by the factor of three. The best site we have produces three times more vaccine out of a batch than the lowest producing site."

Soriot stressed that his company was selling its vaccines at cost price, dismissing claims that it had charged more to the EU than to the UK.

"We do this at no profit, remember? We didn't go into this to try and make money or whatever. We would like to treat Europe as good as possible. I actually do believe we treated Europe fairly".

On Tuesday, von der Leyen announced that producers would have to inform Brussels well in advance of any contracts to export vaccines to non-EU countries. She said the supra-national bloc wanted a return on its "investment" in vaccine development — strongly hinting that exports would be restricted to ensure faster roll-out within the EU.

​Von der Leyen insisted the EU "means business" and would demand "export transparency". But developing nations such as South Africa are yet to receive any supplies from European manufacturers.

© AP Photo / Francisco Seco
Sweden Suspends Payments to Pfizer Over Vaccine Dosage Uncertainty
The European Medicines Agency (EMA) has yet to approve the AstraZeneca vaccine for use by the bloc's 27 members, who are relying on the far harder-to-store Pfizer and Moderna vaccines. They require refrigeration to minus 70 degrees centigrade, severely limiting the number of facilities able to administer them.

There have been multiple reports of severe adverse reactions to the Pfizer vaccine, with its new little-used mRNA base that provokes human cells to produce vaccine protein antigens.

On Monday, German newspaper Handelsblatt published claims — swiftly scotched by the country's health ministry — that the EMA was on the verge of rejecting AstraZeneca's licensing application, claiming it was only eight per cent effective.