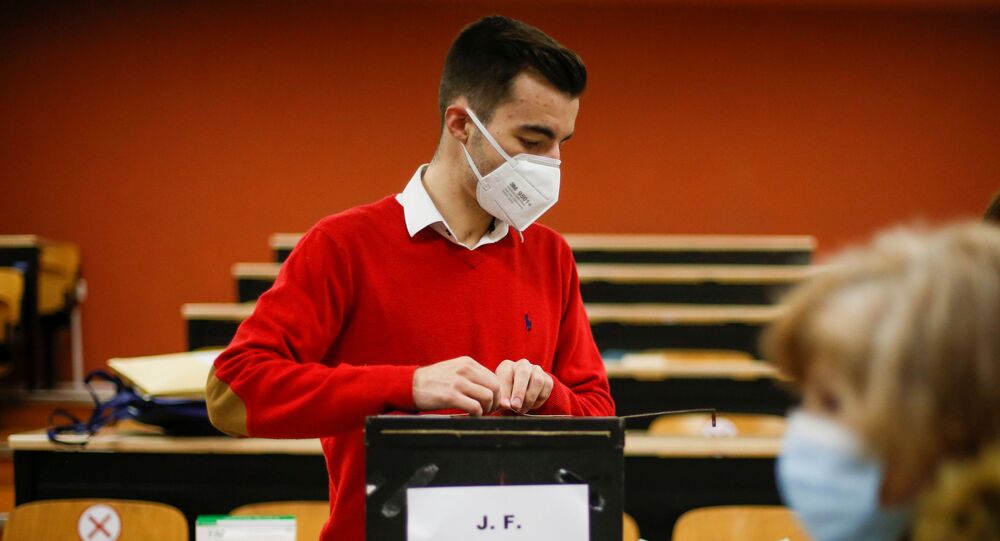 MADRID (Sputnik) - Polling stations opened in Portugal for a presidential election on Sunday as the country faces a spike in COVID-19 cases.

The country whose population counts 10 million people currently records 13,000 new cases per day and 200 coronavirus-related deaths. Portugal maintains a state of emergency, with all shops except pharmacies and grocery stores being shut down; the same goes for schools, bars, restaurants, hair salons and gyms. Citizens are allowed to leave their residencies only for emergencies and encouraged to work remotely, if possible.

Because of that, the voter turnout is expected to be around 25 percent this time. For comparison, the previous election in 2016 had the turnout of 49 percent, with incumbent President Marcelo Duarte Rebelo de Sousa winning in the first round with 52 percent of the vote.

Still, polls show de Sousa may win with up to 70 percent of the vote this year.

While the country does not have a voter turnout threshold, some experts, like professor Carlos Magno from the University of Aveiro, believe that the lower turnout could work against Sousa. If his supporters do not show up at the polls, thinking that his victory is already in the bag, and far-left and far-right forces manage to mobilise their support, this could significantly affect the election results, Magno told Sputnik.

Unlike other countries, Portugal does not have a postal vote, although people could have voted beforehand on 17 January.

Since the beginning of the COVID-19 pandemic, Portugal's health authorities have confirmed 624,469 cases, including 10,194 fatalities.