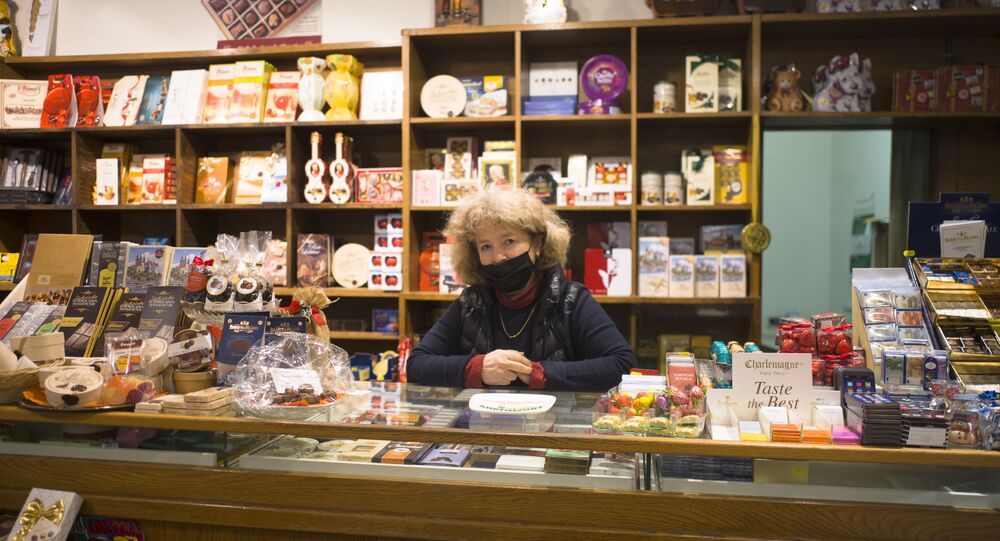 However, instead of the expected introduction of the mandatory wearing of FFP2 masks, the authorities are introducing a softer requirement. Medical masks are usually cheaper than FFP2 masks.

"We are expanding the duty to wear medical masks, namely OP masks, as well as FFP2, K95, N95 masks, to provide better protection [against COVID-19]. This applies to shops and public transport, and in general to situations where prolonged contacts occur," Merkel said after a meeting with the heads of German regions.

Earlier in the day, the chancellor announced that the country will extend and strengthen the coronavirus-related restrictive measures until February 14.

"Today we held talks again and agreed to introduce new measures... We are doing this as a precautionary measure for the sake of citizens' health, as well as for the sake of the economy and labor market," Merkel said.

"We agreed that all measures that were scheduled until January 31 should be extended until February 14," she said.

Moreover, Merkel urged employers to transfer the maximum possible number of employees to remote work at least until March 15.

"We are now working in legal space, we already discussed this issue on January 5. The Ministry of Labor and Social Affairs will issue an order, initially scheduled until March 15, in line with which employers should, wherever possible, transfer employees to remote work, if possible," she said after a meeting with the heads of German regions.

The obligatory wearing of FFP2 face masks has already been adopted by Austria. Chancellor Sebastian Kurz said on Sunday that it would be needed to be worn by Austrians in public transport and shops beginning 25 January.

According to the most recent data, Germany's total count of COVID-19 cases since the start of the pandemic early last year has topped 2 million. At present, the death toll is 47,622, although some 1.7 million people have recovered.