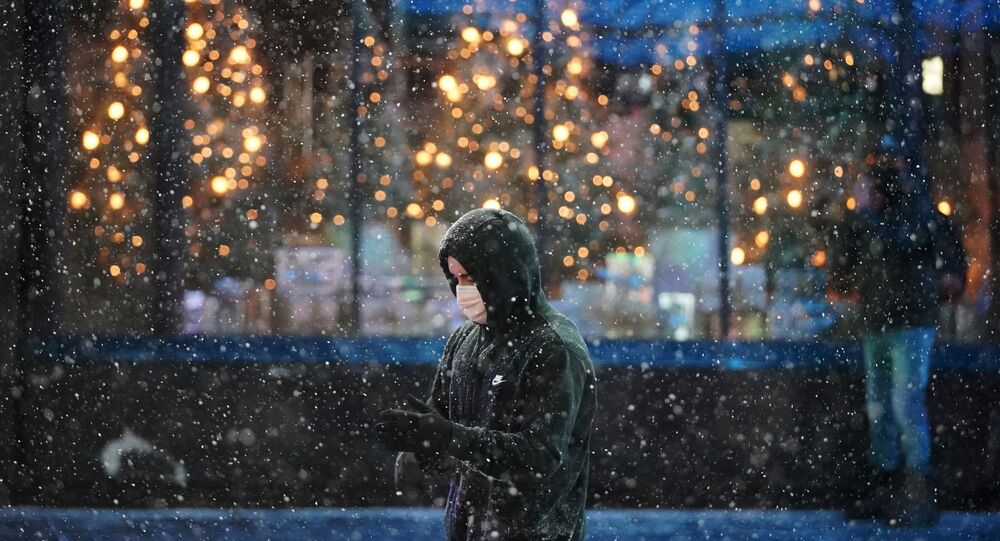 Swedes have been rapidly losing trust in their country's pandemic response. Much of the blame has been directed toward Anders Tegnell, who is seen as the mastermind behind the nation's standalone no-lockdown mask-free strategy. According to a recent poll, support for Tegnell is in a "downward spiral".

Swedish state epidemiologist Anders Tegnell has come forward with a gloomy message regarding COVID, emphasising the spread of the coronavirus in Sweden and the rest of Europe at a recent press conference.

"There is much to suggest a new wave of infections spreading", Anders Tegnell said, as quoted by the newspaper Expressen.

Several countries in Europe that during the autumn appeared to have a decline in both the spread of the virus and related deaths are now seeing increasing trends. Anders Tegnell argued there is a lot to suggest that Sweden will follow a similar path – with a coming third wave.

"There is a trend [showing] that we will again get a new wave in Europe after the holidays", Anders Tegnell said. "The Swedish curve has risen more slowly, but is now almost on par with other countries. Considering what the spread of infection looks like, we'll probably have to reckon with there being a high number of deaths this and next week", Tegnell added.

At the same time, Tegnell underscored that it is difficult to draw any decisive conclusions about the spread of the virus during the Christmas holidays because reporting has slowed down.

"It is difficult to make an assessment about Sweden in recent days. But we can state that it is still a difficult situation", Tegnell said.

At the press conference, Tegnell announced that eleven cases of the mutated UK coronavirus and a case of the South African mutation have been recorded in Sweden.

"There are connections to travel from South Africa and the UK. This also shows that it is not enough to produce a negative PCR test upon entry because these cases have been able to slip through", Tegnell underscored, emphasising the importance of continued self-isolation.

Swedes, meanwhile, are rapidly losing trust in their country's pandemic response, as King Carl XVI Gustaf himself delivered a rare reproach to those in charge, suggesting that they have "failed". Many more Swedes have fallen sick and died of COVID-19 than elsewhere in Scandinavia. To crown it off, there have been reports of Stockholm running out of intensive care beds.

© AFP 2020 / FRANCISCO LEONG
Swedish King Scolds Government Over COVID-19 Pandemic: 'I Believe We Have Failed'
Much of the blame has been directed toward the man credited with masterminding Sweden's standalone no-lockdown mask-free strategy, Anders Tegnell. A recent poll suggested that support for Tegnell, who once enjoyed rock stardom with memes, t-shirts, and pins, has slumped over the past two months in a "downward spiral", in the words of pollster Ipsos.

Tegnell has consistently defended Sweden's strategy, arguing that there is no real evidence that masks work. The chief epidemiologist, however, acknowledged that he was "surprised" by the intensity of the second wave of the pandemic.