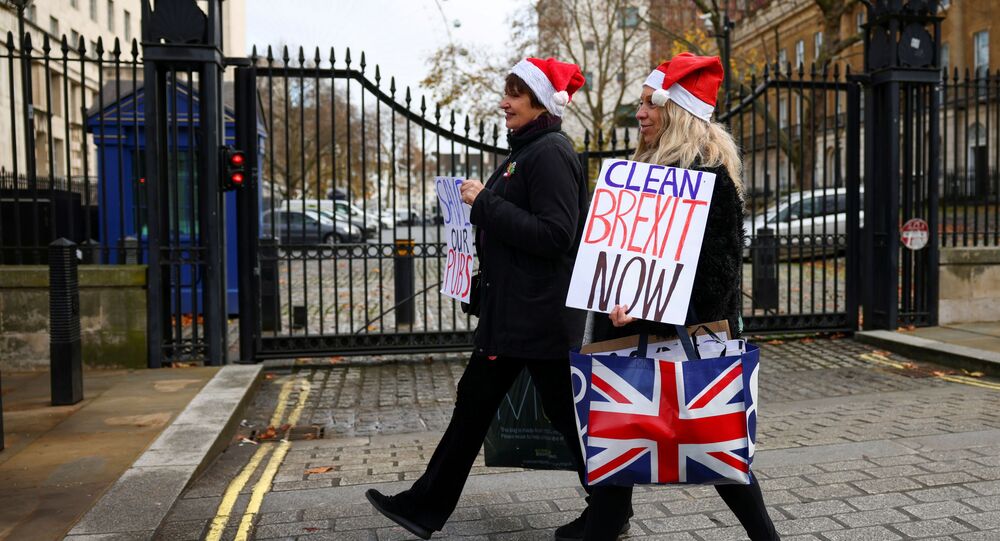 The Centre Party, now polling ahead of Norway's traditional heavyweights, has pledged to renew its calls for a public inquiry into changes to Norway's EEA membership it sees as less beneficial than the UK's recent post-Brexit arrangement.

Norway's Centre Party has called the UK's recently struck trade deal with the European Union "a better agreement" than the one the country currently enjoys as a member of the European Economic Area.

"The UK has got a deal that gives them more freedom and more independence", Marit Arnstad, the parliamentary leader of the Centre Party, said in an interview with the newspaper Klassekampen.

"From my point of view, the British have a better agreement than the EEA. They gain access to the internal market and common trade, which is desirable, but they do not have to be part of the dynamic regulatory development that places strong limits on individual countries' national policies", Arnstad said.

Spurred by the UK's perceived success in negotiations, Arnstad said her party would renew its calls for a public inquiry into possible changes to Norway's EEA membership.

"I believe it highlights the need to study alternatives to the EEA", she said. "The most difficult thing for Norway is that we are constrained in areas of national politics, and that is happening in more and more areas. The British have now wrested back these powers, and that is extremely interesting".

The Centre Party's call for an inquiry has been backed by the Socialist Left Party, as Heming Olaussen, the head of the party's EEA committee, called the UK's deal "superior".

"The British have been released from the European Court of Justice. They are no longer subject to EU supremacy and must not accept any EU legislation in the future as we have to", he said, emphasising that the British agreement safeguarded national sovereignty "in a better way than the EEA does for Norway".

The Centre Party, formerly known as the Agrarian Party, last month sensationally overtook the leading place in the polls from Labour and the Conservatives, the traditional parties of the left and the right. In the last election, the Centre got 10.3 percent of the vote, finishing fourth.

However, even despite the economically protectionist Centre Party's recent surge in the polls, eurosceptic parties in Norway remain in the minority. The anti-EU and anti-EEA Centre is joined by the Socialist Left and the Reds. The national-conservative Progress Party and the Christian Democrats are against the EU, but in favour of the EEA.

Both of Norway's traditional heavyweights, Labour and the Conservatives, have historically been strongly pro-EU, as are their satellites. Furthermore, Norway's Prime Minister Erna Solberg argued earlier this month that the UK's protracted Brexit struggles should serve as a warning to Norwegian eurosceptics, urging them to "look more closely across the North Sea".

The European Economic Area (EEA) was established in 1994 to enable the extension of the European Union's single market to member states of the European Free Trade Association (Iceland, Liechtenstein, and Norway) with the same basic rules. The United Kingdom transitionally continues to be an EEA member since it withdrew from the EU on 31 January 2020, and entered into a transition period ending 31 December 2020. However, a post-Brexit arrangement was reached in the eleventh hour, just a week before the transition period expired.