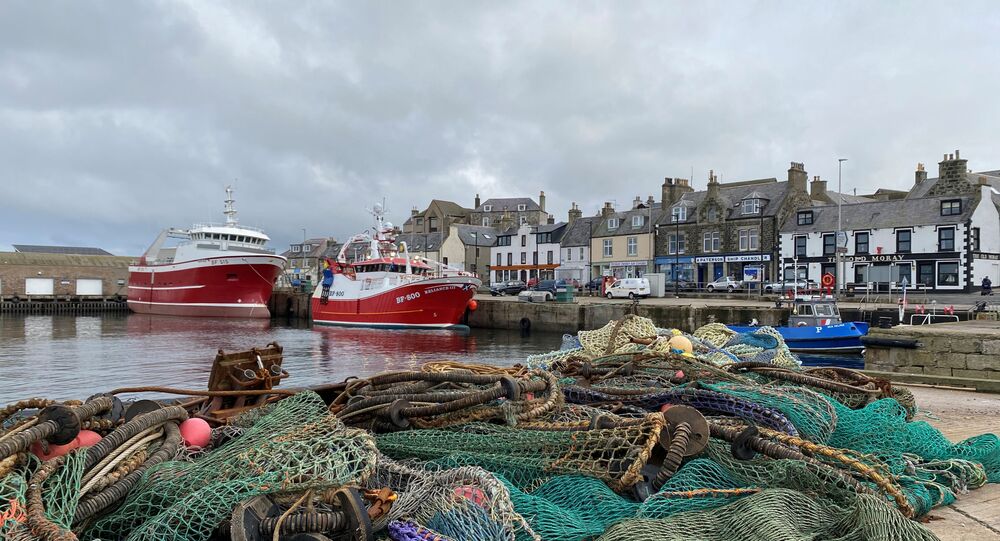 Britain’s trawlermen have been governed by the European Union’s Common Fisheries Policy since 1973. But the Brexit trade deal agreed last week has changed all that, but how will it work?

The ambassadors of the 27 European Union states unanimously approved the EU-UK Trade and Cooperation Agreement on Monday, 28 December, and it is due to take effect at 2pm UK time on Tuesday, 29 December.

British Prime Minister Boris Johnson had always said "taking back control" of UK's waters was a key objective of Brexit and the fishing issue was one of the major sticking points which held up a deal until 24 December.

​Michel Barnier, negotiating on behalf of French, Dutch, Danish and other fishing fleets, eventually got Johnson’s government to agree a deal which allowed EU boats to fish in British waters up until at least 2026.

Under the deal British fishermen are due to get an increase in their quota over a five-year period and if, at the end of that period, London decides to expel all EU fishing boats then Brussels is permitted to respond with import taxes on British fish coming into the bloc.

In Ramsgate, a fishing port in Kent, there was an angry reaction to the deal - which contains 1,246 pages of detail about fishing - this week.

​John Nichols, president of the Thanet Fishermen’s Association, told AFP: "We've been sold out by Boris."

Nichols, 69, was angry the deal makes no mention of taking action against electric pulse fleets from the Netherlands, who use a method which he claimed sterilises fish.

Nichols, who had campaigned for Brexit and for a complete break with Brussels, predicted: "Foreign vessels will continue to come in and out and take more fish than they did before."

Under the Brexit withdrawal deal, the UK remained part of the Common Fisheries Policy (CFP) until 31 December 2020, when the transition period comes to an end.

In 2017 Michael Gove, the then Secretary of State for Environment, Food and Rural Affairs, said the UK would also leave the London Fisheries Convention, which was signed in 1964 and allowed British, French, Irish, Belgian, Dutch and German vessels to fish within six and 12 miles of each other’s coasts.

Under the terms of the Christmas Eve deal 25 percent of EU boats' fishing rights in UK waters will be transferred to British trawlers between 2021 and 2026.

But as the Daily Telegraph pointed out earlier this month several ships which currently make up “the British fishing fleet” are actually foreign vessels, like the 390-foot long Frank Bonefaas.

​It is registered as a UK ship and owns 23 percent of England’s total fishing quota, through a British subsidiary of Dutch firm Cornelis Vrolijk but it lands all its fish in the port of IJmuiden in the Netherlands and its crew is mostly Dutch.

By June 2026 the British government estimates UK boats will have access to extra fish worth £145 million a year and Mr Johnson said new facilities would need to be built to process all this seafood.

During the general election campaign Boris Johnson visited the fish market in Grimsby, which was once the home of England’s biggest fishing fleet.

After Britain entered the CFP and then surrendered its right to fish in Icelandic waters after the so-called Cod Wars in the 1970s, Grimsby’s fishing fleet was decimated.

Nick Triplow, a writer who lives near Grimsby, said: "The infrastructure that supported the industry simply isn't here any more, let alone the investment. In the peak years after the Second World War, trawlers were bringing in 500 tonnes of fish a day. That all had to be landed, processed, sold, and then distributed."

But if British ports no longer have the infrastructure in place to process large quantities of fish, it is possible that foreign fishing vessels will simply re-register their ships in the UK and take their haul back to Le Havre, Esbjerg or IJmuiden, using the same loophole the owners of the Frank Bonefaas did.

Another downside of the deal is that UK fishermen will no longer qualify for subsidies - between 2014 and 2020 they received 243 million euros (£203 million) in subsidies under the CFP.