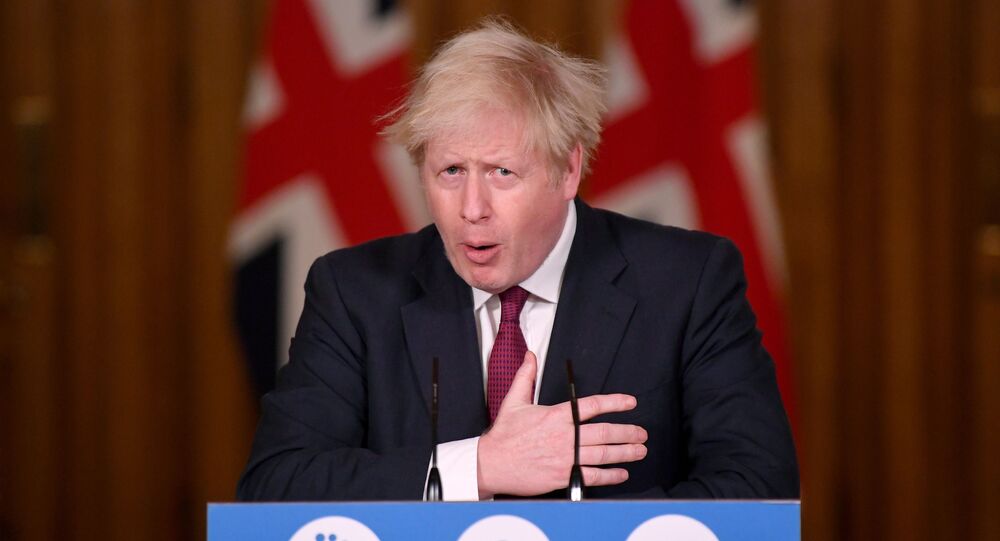 Earlier, President of the European Commission Ursula von der Leyen said that London and Brussels were on "a path" to a Brexit trade agreement, though some difficulties remain, including the issue of fisheries.

Boris Johnson is to address his nation on Thursday morning as the UK and the EU are set to be close to clinching a Brexit deal. The agreement will let the UK to trade freely with the EU without tariffs or quotas.

Chief spokesman of the European Commission Eric Mamer said earlier that the European Union and the United Kingdom will continue the work on the post-Brexit trade agreement throughout the night as media reports suggested that the deal could be reached in the early hours of Thursday.

Reuters previously reported that London had made significant concessions in the talks, including on the stumbling fishery issues, within the past 24 hours.

© REUTERS / POOL
Deal or No Deal: Conflicting Reports Abound Over UK-EU Trade Agreement After Brexit
Earlier, the EU Council had begun the procedure for preparing for the implementation of a potential trade agreement with the UK, which should come into force on 1 January, but only if the European Parliament and the British Parliament have time to ratify it between Christmas and New Year.

If London and Brussels find no common ground by 31 December, the UK will no longer be under the EU's trade rules, and the World Trade Organisation's rules will come into force for both sides in 2021, including customs tariffs and full border checks for goods flowing across the English Channel.

The United Kingdom left the European Union on 31 January 2020, but as part of the withdrawal agreement, both sides entered an 11-month transition period to negotiate their future commercial relations.

In June 2016, 51.8 percent of UK citizens voted for terminating the country’s membership in the EU, against 48.1 percent of those who voted for London to stay in the union.