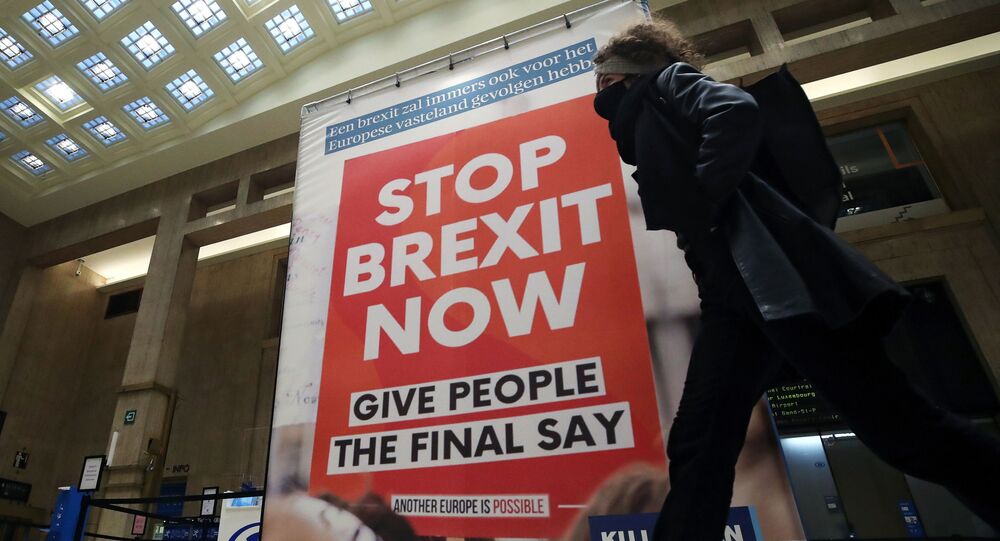 Earlier in the day, The Times reported that as the sides were discussing fisheries, the UK's starting offer on the fish value quotas was 40 percent whereas EU negotiator Michel Barnier demanded 75 percent.

The European Union is ready to continue talks with Britain after the year ends, Reuters reported, citing two diplomatic sources.

"The EU will not close its door to the UK and remains ready to negotiate beyond the 1st of January," one of the sources said, according to the agency.

The EU considers its latest offer on fisheries in talks with the UK as final, a senior EU diplomat said, as quoted by Reuters, after the bloc's chief negotiator, Michel Barnier, offered him an update on Brexit.

The diplomat, speaking on condition of anonymity, said that the sides still had not agreed on the level playing field and fisheries. He added that London's latest offer on allocating the catch from 2021 was unacceptable.

"For EU member states, the last Commission offer already goes very far and can only be considered ... as final," the diplomat said, as cited by the agency.

A Path to a Compromise?

The Times reported earlier on Tuesday that Britain has come up with a compromise proposal on the issue of access to UK fishing waters for European trawlers. Under this proposal, the EU would be allowed to retain some two-thirds of the value of fish, worth $794 million that Europe currently catches in British waters. Although the UK starting offer on the fish value quotas was 40 per cent, the EU demanded 75, the paper said.

London and Brussels have been involved in months of almost fruitless talks after the UK left the EU on 31 January and an 11-month extension period began. The sides have been at loggerheads over fishing quotas, the so-called "level-playing field" and governance. With just a few days left before the transition period ends, prospects of a no-deal scenario are becoming increasingly likely.