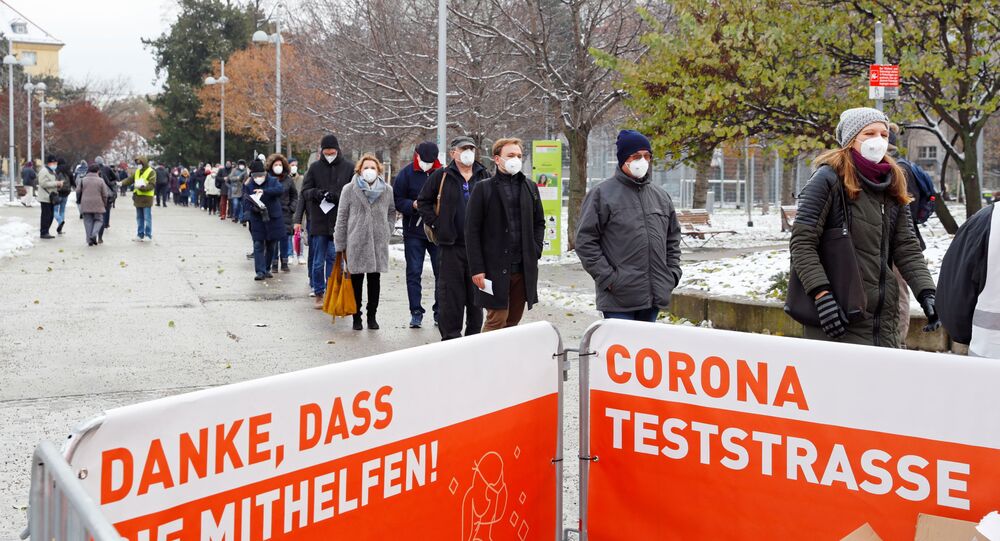 MOSCOW (Sputnik) - The Freedom Party of Austria (FPO) launched a campaign against COVID-19 vaccination, which they say can be forced on people either directly by the authorities or indirectly by excluding those who have not been vaccinated from social life, Roman Haider, an EU lawmaker from FPO, said.

"We are against pressure and obligatory testings or vaccinations! We are the Freedom Party!!!! We warn about both: the direct and indirect pressure. When you don’t test or vaccinate, you are not allowed to: fly in a plane, go to a theatre or concert, go on holiday, go to school... and so on. No obligation!!! But severe pressure," Haider said.

The party underlined that forced vaccination was incompatible with the basic human right to physical integrity and therefore started a petition demanding from the Austrian government to guarantee freedom of choice in vaccination against COVID-19. The petition asks to include COVID-19 vaccines in the Vaccination Damage Act in order to be able to compensate victims financially for any side effects and to offer them legal security.

The party warned about possibility of indirect pressure on citizens to comply with the national vaccine campaign.

In the petition the party stressed that in Australia, for example, the country's airline has already announced that it would only allow passengers on international flights if they had been vaccinated.

"Other areas of public life could follow suit: for example, cinemas, concert operators or theaters. Every company can decide, who they accept as client... that’s the problem with indirect pressure: you can’t grab it! No chance to identify anybody. And that’s why it will work. Like it worked in all fascist Regimes... be they communist, national-socialist or conservative," Haider said.

According to the lawmaker, the government is already considering the possibility of enforcing nationwide vaccination indirectly, therefore FPO demands legal regulations that minimize any social ostracism and exclusion of people that chose not to vaccinate.