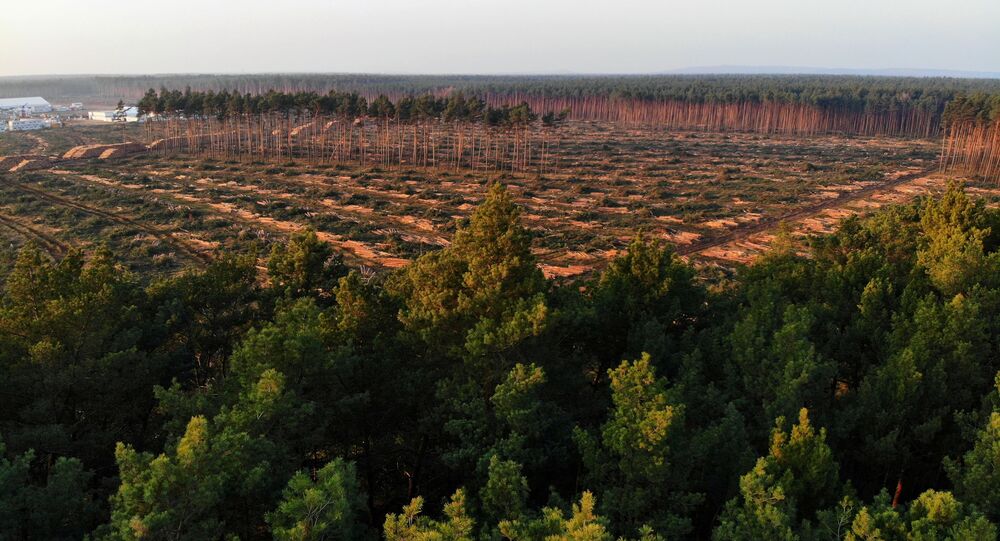 The Berlin-Brandenburg Higher Administrative Court has ruled that Tesla can clear a part of a forest near Berlin to build a new manufacturing site there, Reuters reported. The ruling prohibited clear-cutting the forest in peripheral areas of the site, but stressed that the same ban for the rest of the area "could not be justified".

The court turned down a complaint from the Gruene Liga Brandenburg group, stating that local authorities didn’t violate laws when they allowed work on the factory to start.

The activists have warned that the Tesla plant could threaten the region's water supply and negatively affect local transport infrastructure, while officials stressed that the forest at the site was initially planted to be harvested.

In the meantime, the company is continuing work in the area, planning to complete the plant by the middle of 2021 and produce up to 500,000 cars a year there, employing 12,000 people. Elon Musk has promised that the facility will be designed with "sustainability and the environment in mind", also vowing to plant three new trees for every one cut.