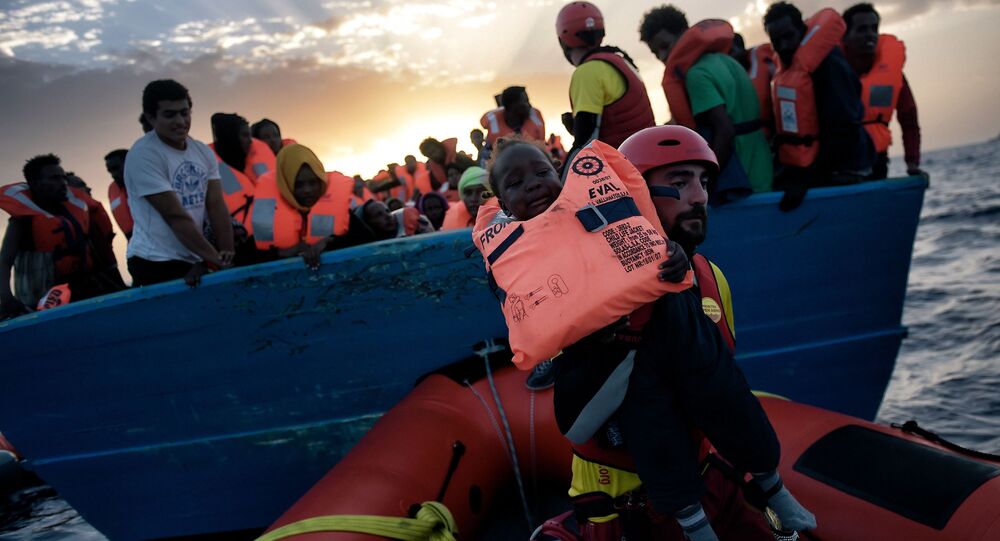 MOSCOW (Sputnik) - Residents of the Italian island of Lampedusa, which is often the first landing spot for migrants making the seaborne journey from North Africa, are "tired" of burying victims of shipwrecks, Mayor Salvatore Martello said on Thursday, adding that the European Union has a duty to stop these tragic events happening.

"Just a few days ago, there was yet another terrible, tragic wreck in the Mediterranean. Six people died, including a young Yusuf, a child of only six months. Now Yusuf has been buried in the Lampedusa cemetery, and we are tired of mourning and burying these innocent victims. These tragedies have to be stopped and the EU has a duty to stop them," Martello told a high-level EU conference on migration.

The mayor added that Lampedusa requires more support from the European Union to provide for migrant arrivals.

"Sadly, I have to say that too many times in recent years, Lampedusa has been left entirely on its own to deal with this and without support from the European institutions," Martello remarked.

The latest shipwreck in the Mediterranean Sea was reported on 11 November. According to the Open Arms non-governmental organization, roughly 100 people were successfully rescued.

At least 32,000 people have arrived in Italy after making the seaborne journey from North Africa in 2020 to date, a significant rise from the 11,471 arrivals reported in the preceding year, according to data provided by the UN Refugee Agency.