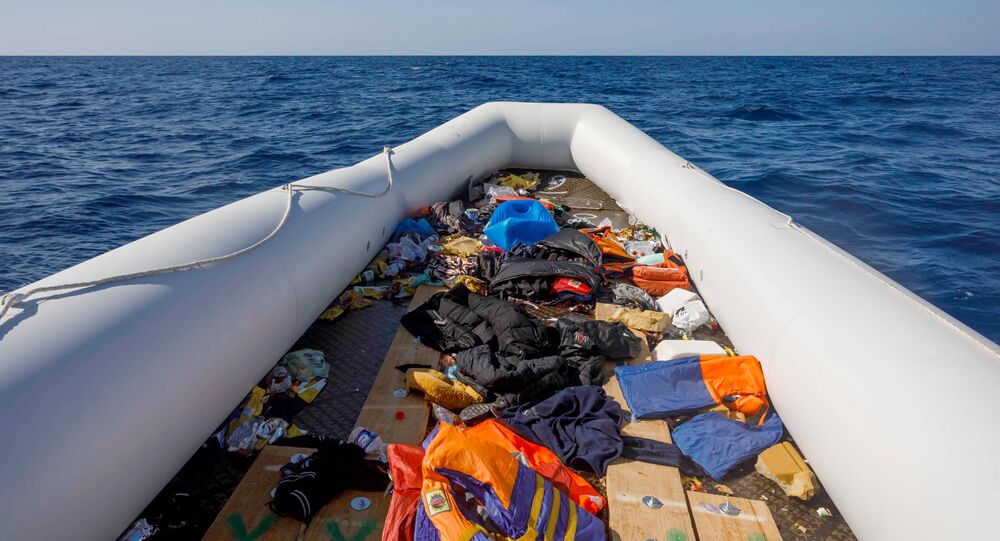 WASHINGTON (Sputnik) - At least 74 people in a ship carrying at least 120 migrants trying to enter Europe died on Thursday when their vessel sank off the coast of Libya, the International Organization for Migration (IOM) announced in a press release.

"Staff from the IOM reported that a devastating shipwreck has claimed the lives of at least 74 migrants [on Thursday] off the coast of Khums, Libya, the latest in a series of tragedies involving at least eight other shipwrecks in the Central Mediterranean since October 1," the release stated.

The ship was reported to be carrying over 120 people, including women and children, the IOM reported. Some 47 survivors were rescued by the coast guard and fishermen, while 31 bodies have been recovered, it said.

"So far this year, at least 900 people have drowned in the Mediterranean trying to reach European shores, some due to delays in rescue. More than 11,000 others have been returned to Libya, putting them at risk of facing human rights violations, detention, abuse, trafficking and exploitation, as documented by the United Nations," the release said.

IOM has recorded a recent wave of refugees fleeing Libya with 1,900 being intercepted and returned and more than 780 reaching Italy since the beginning of October, the release noted.