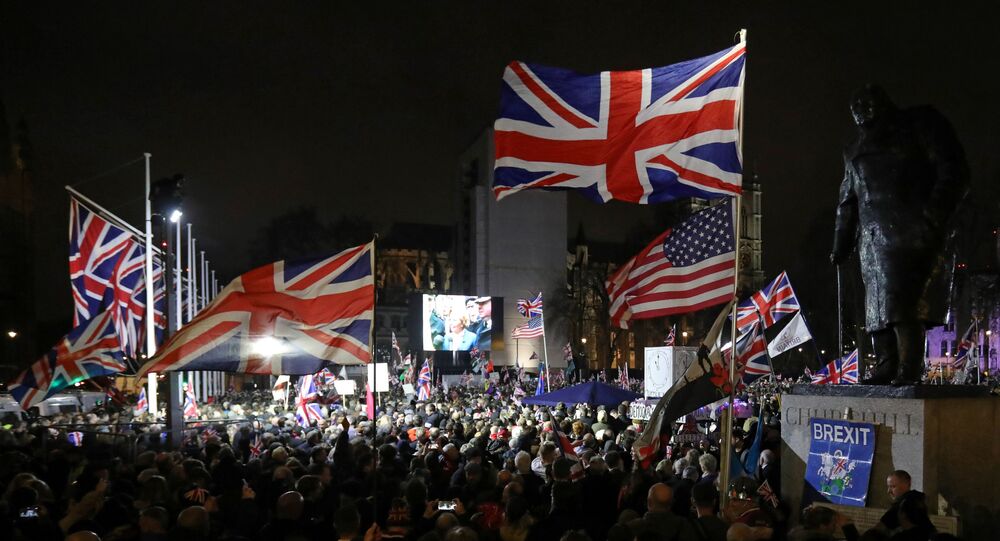 With the 1 January transition deadline looming ever more menacingly, the UK and the European Union have been scrambling to hammer out a viable post-Brexit trade deal that would shape future relations between the sides.

UK Prime Minister Boris Johnson has dismissed EU accusations that Britain was deliberately procrastinating over Brexit trade talks to wait until the winner of the US presidential election has been determined, reports The Sun.

No 10 Downing Street rejected as “simply untrue” speculations that UK concerns that an administration led by Democrat Joe Biden might adopt a tougher stance on a US-UK trade deal could prompt London to grant more concessions to Brussels in order to get a deal done with the EU.

A source was cited as brushing off such claims by officials in Brussels as no more than “wishful thinking” and "desperate stuff".

Following almost two weeks of intense negotiations between the EU and the UK that have not resulted in any breakthrough on major sticking points, Chief EU negotiator Michel Barnier is claimed to have rejected London’s calls to elevate ongoing Brexit talks to leaders' level.

Warning that they were on a "trajectory" for a No Deal scenario, he was reported to have denounced the UK’s attempts to turn the current stage of talks on shaping the post-Brexit relationship between the sides into a "mass bargaining session".

Some EU officials were claimed to have accused Britain of calling time on talks early this week amid the tight US election race between President Donald Trump and his Democratic rival Joe Biden.

Sources were cited by the outlet as suggesting that at a private briefing to senior MEPs Michel Barnier railed against No10 gearing up for a "big tug of war at the end", with as many as 30 issues open for further discussion.

Key contentious issues up for debate between the sides have been access to UK fishing waters by EU boats and the need to have common regulatory standards and fair competition.

On fishing, the UK has urged that opportunities be calculated on the basis of 'zonal attachment' – a move that would increase the amount of fish caught in UK waters by British boats, while the EU says reaching a "fair deal" on fisheries is a pre-condition for a free trade agreement.

Referring to London’s tactics, Barnier is claimed by sources as having told European diplomats:

"I keep telling them that's not going to happen… You can't have things going up to that level that haven't been gone over with a fine toothcomb."

The official is cited as having added that unless Downing Street changes its approach to negotiations with Brussels, next week, a deal won't be reached.

🇪🇺 is prepared for all scenarios.

​Currently, British and EU negotiators are taking a three-day break from talks and are scheduled to reconvene in London on Sunday.

Both sides have been trying to strike a trade deal since the UK left the EU on 31 January in time for the agreement to be ratified by the end of the year, when a post-Brexit transition period ends.