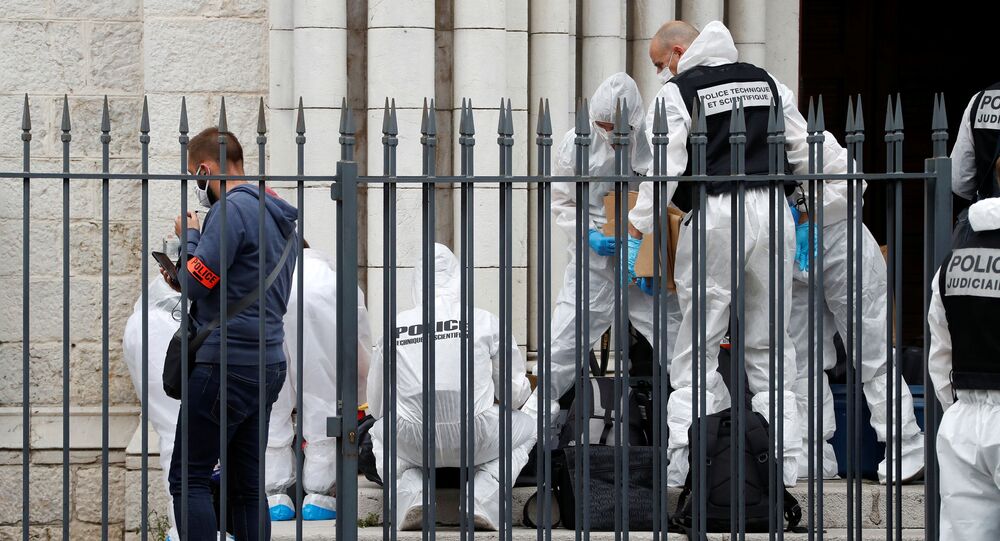 As France was described as the eye of the storm in the confrontation between secular societies and Islamist terrorism in the wake of recent attacks, Sweden Democrat leader Jimmie Åkesson accused the liberal left of allowing Islamism to grow and flourish across Europe.

In a scathing commentary on the latest terrorist attack in Nice, France, where three churchgoers were brutally murdered on Thursday, Sweden Democrat leader Jimmie Åkesson has accused the liberal left leaders of the West of treacherous behaviour, incompetence, and unrealistic worldview, which, according to him, led to the rise of Islamist terror.

"Terrorism is on the rise in Europe again. We must fight back against this with force. We must protect our communities and citizens", Åkesson said in a Twitter clip.

​According to Åkesson, protecting their citizens is the most important job politicians have.

"And it is obvious that the liberal left have failed miserably with this basic mission. They have allowed Islamism to establish itself and let it grow and flourish throughout Europe", the Sweden Democrat leader said.

"They have betrayed their citizens. They have blood on their hands. It is time for these treacherous incompetent rulers, those who never see it coming, to be replaced by politicians who live in reality and who want to take real responsibility", Åkesson said.

Senior Swedish terrorist researcher Magnus Ranstorp of the Swedish Defence College has ventured that the risk of new attacks has increased following the terrorist assault in Nice, suggesting that a cartoon scandal had further exacerbated tensions.

"It happens within the framework of a confrontation that is only escalating. In addition, you have the cartoons dispute. It is not new, but it can trigger extreme violence", Ranstorp told the Norwegian News Agency NTB.

Ranstorp also suggested that two beheadings in such a short time span create radicalisation and polarisation in society, whose goal is to spark a war between different groups in society. Ranstorp also referred to France as the eye of the storm in the confrontation between secular societies and Islamist terrorism.

The assault in Nice killed at least three people, including a 70-year-old woman reportedly beheaded inside the church, and the church sexton. Another woman reportedly managed to leave the scene, but later died of her injuries in a nearby cafe. The suspect, a 21-year-old man with Tunisian citizenship, has been detained by the police and is now in hospital.

The attack took place less than two weeks after the beheading of Paris teacher Samuel Paty over Muhammad cartoons he had used in a lesson on free speech. Following the Nice beheading, French President Macron said despite suffering another "Islamist terrorist attack", France will never give up on its values. The national security alert has been raised to its highest level.