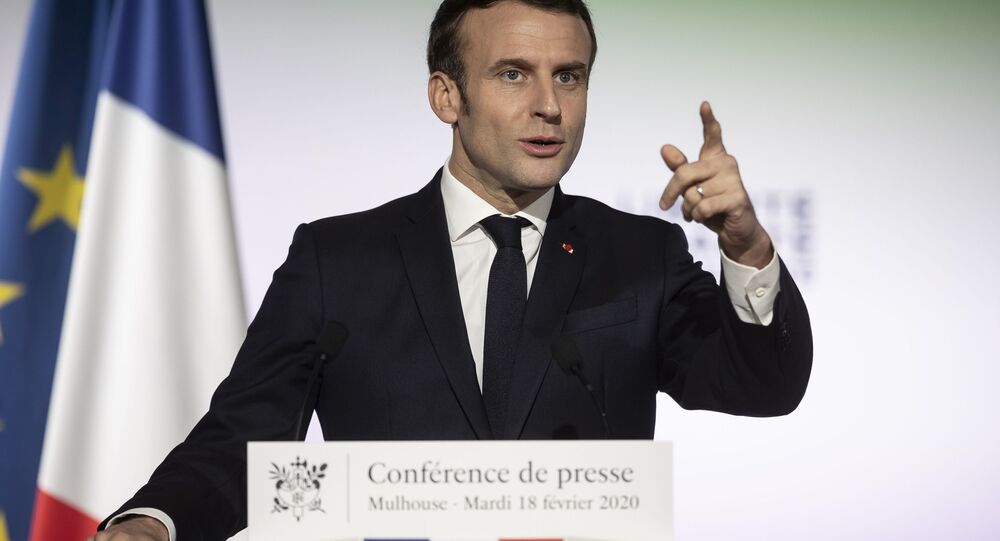 Emmanuel Macron has landed in Erdogan's crosshairs over promising the French government would stay strong against the Islamist threat after a recent gruesome attack on a schoolteacher. The latter was decapitated by an 18-year old immigrant after showing caricatures, some of them satirically depicting the Islamic Prophet Muhammad, in his classroom.

"We are calling for Turkey to stop this dangerous confrontational spiral”, EU Commission President Josep Borrell tweeted on Sunday.

Turkish President Recep Tayyip Erdogan earlier lashed out at his French counterpart commenting on his policies toward Muslims and saying that Emmanuel Macron should have "mental checks".

Last week, France was shattered when teacher Samuel Paty was beheaded by an 18-year-old teenager of Chechen descent on the outskirts of Paris after he showed a bunch of satirical cartoons of the Prophet Mohammad to his students during a history lesson about freedom of speech and freedom of conscience. The suspect was shot dead by police officers that same day. An investigation into the brutal murder is underway.

© AP Photo / Victoria Jones
Despite COVID-19 Crisis Britain Has Not Let Its Guard Down to Terrorist Threat, Says Expert

In the wake of the killing, which Macron dubbed a "terrorist attack", the French government spearheaded a string of steps to be taken to root out the Islamist threat, including the tightening of security in schools.

Separately, a draft law seeking to prohibit the justification of a crime due to ethnic or religious motives on constitutional grounds, was passed to the French Senate. Commenting on the bill, Erdogan, apart from his rant against Macron, said that "the main goal of such initiatives led by Macron is to settle old scores with Islam and Muslims". On Saturday, promptly after Erdogan's remarks, Paris recalled its ambassador to Turkey.

The death of the 47-year-old history teacher has since triggered a wave of protests across France, with Paty becoming the symbol of Paris' struggle against Islamist terrorism, akin to the Charlie Hebdo massacre on 7 January 2015.