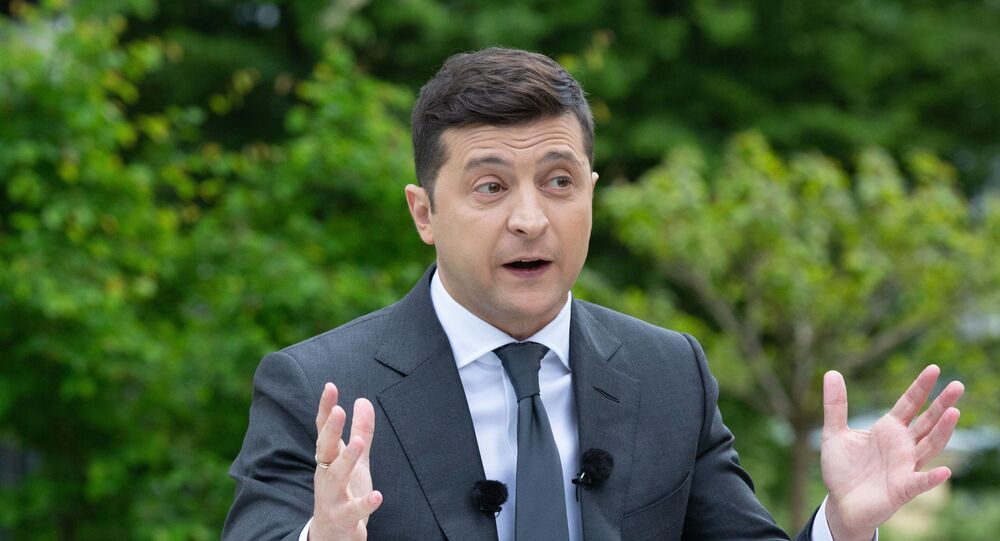 The young woman is a member of the notorious feminist group FEMEN, which was founded in Ukraine in 2008 and has affiliates in France and Germany. The group says it fights against the patriarchy, social inequality, and gender discrimination.

A female activist has bared herself in front of Ukraine’s President Volodymyr Zelensky, who arrived at a polling location to vote in the country’s regional elections. Local media have reported that as the president was approaching the entrance of the polling station, a young woman ran up to him and lifted her skirt up. The activist was not wearing underwear and her body was painted green. On the inside of her skirt "Zexist" was written. The video of the incident appeared in Ukrainian media.

The news comes as Ukrainians are voting in regional elections, which are regarded as a test for Zelensky, a former comedian who took office last year promising to eradicate corruption and improve economy. Voters will choose mayors as well as lawmakers in municipal councils.

The activist is a member of the feminist group FEMEN, which organises nude protests to draw attention to issues such as sexual exploitation of women, gender discrimination, and social inequality. The group said that Sunday’s protest was aimed at drawing attention to sexist statements made by Volodymr Zelensky. The group did not elaborate which statements made by the president they regard as sexist.