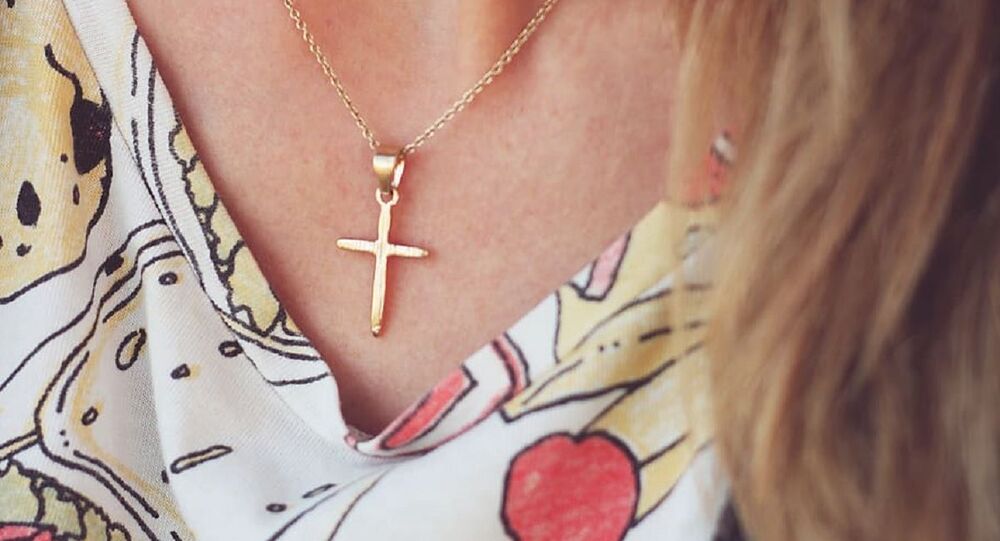 The incident has been reported to the Discrimination Ombudsman and condemned as an example of “tone deafness” against religion and double standards.

A 15-year-old student was not allowed to wear a cross when posing for a group photo in a Swedish school earlier this autumn. Other students, however, were allowed to wear their religious symbols, the Christian newspaper Dagen reported.

“I wore a purple sweater with a collar, my cross hung on the outside. I had a rather long chain and a cross in metal with Jesus on it”, the boy told Dagen.

According to the 15-year-old, who wished to remain anonymous, a female photographer asked him to take the cross off, venturing that it would be offensive to include it in the school photo. The boy was admittedly shocked and mortified, but obeyed and put the cross in his pocket.

“I'm not the type who likes to quarrel. I gave her a meaningful look, so that she understood that I thought it was strange. I know that those who wear a veil did not have to take it off. Of course, I wish nothing that that would happen. But if I was forced to take off my cross, the same should apply to other religious symbols,” the boy explained.

The 15-year-old says that he and his family are active in the Church of Sweden and that everyone in the class has known for a long time that he is a Christian, which is completely accepted and unproblematic.

The incident has now been reported to the Discrimination Ombudsman (DO) and the Children and Pupils' Ombudsman (BEO).

“This may seem like a trifle. But ultimately it is about what kind of society we want and how much our religious freedom is worth. Then an event like this becomes serious and a matter of principle,” the boy's father said. “It is not about us harbouring any resentment towards the school, but that it is important to react to the tone deafness that exists regarding religion, not least for Christian children and young people.”

He also suggested that the situation would have been completely different if a school photographer asked a student to take off their Muslim veil or a Jewish star of David.

“This would be a terrible abuse. But when it is a Christian symbol, then it doesn't seem so dangerous,” he mused.

Until 1919, the Swedish school system was Christian, and had close connections to the church. Today, Sweden forbids religious elements from being included in the school curriculum. In independent schools, extracurricular activities can contain religious elements on a voluntary basis.