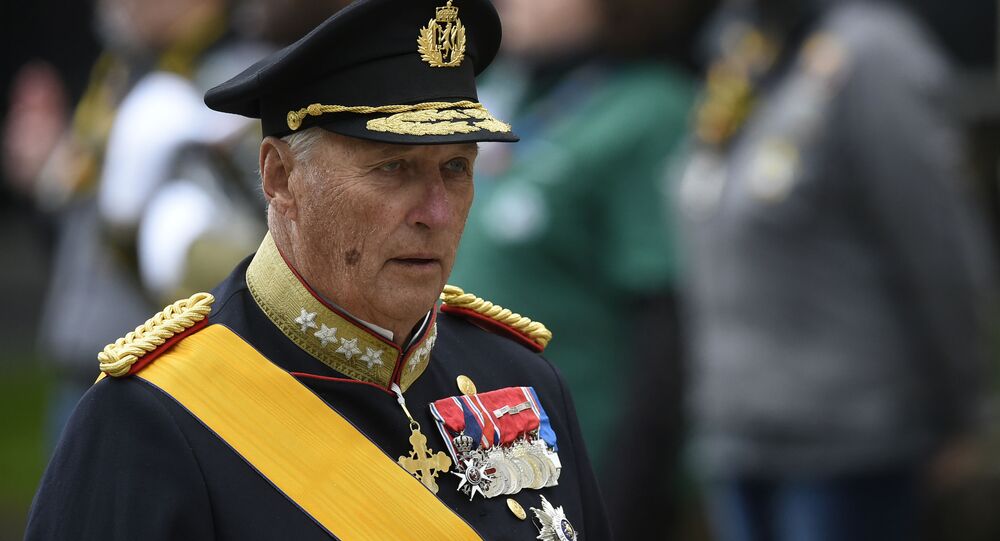 On 25 September, the Royal Palace said that Norwegian King Harald V had been admitted to the Oslo University Hospital because of heavy breathing. He was allowed to leave three days later.

Norway's King Harald V will undergo heart surgery this week to replace a heart valve, the Royal Palace said in a statement.

"It will not be open-heart surgery. The king will be awake during the procedure", the palace said in a statement.

© AFP 2021 / Aserud, Lise / NTB SCANPIX
Norwegian Princess Kneels for Her 'Black Brothers and Sisters' Amid BLM Protests
The 83-year-old King Harald V, who has reigned since 17 January 1991 previously complained of breathing difficulties and was admitted to a hospital on 25 September. Doctors promptly ruled out COVID-19, and released the King from the hospital on 28 September.

Crown Prince Haakon is set to temporarily take over his father’s duties, including meetings with the Norwegian government.

At the beginning of the year, the King of Norway had to spend a week in a clinic in Oslo. At the time, he was suffering from dizziness, according to reports.